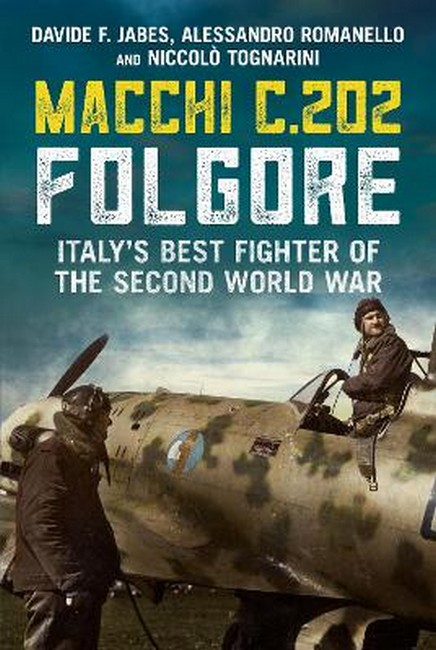 Italy's Best Fighter of the Second World War by Davide F. Jabes, Alessandra Romanelle and Niccolo Tognarini Code: 70037 Format: Hardback / 256 pages Publication date: 11/02/2022 Availability: In Stock, usually dispatched same day Price: AU $67.99
The Macchi C.202 was probably the most successful Italian fighter during the Second World War. It is generally agreed that the performance of the Macchi was superior to both the Hawker Hurricane and the Curtiss P-40 Kittyhawk and on a par with the Supermarine Spitfire Mk. V. It is not by chance that virtually all the Italian top scoring aces flew this plane either with the Regia Aeronautica or the Aeronautica Nazionale Repubblicana. At the same time, the Mc.202 is the symbol of the dysfunctions in the Italian military-industrial complex: the lack of sound industrial planning resulting in orders from the Regia Aeronautica for an exaggerated number of different aircraft; the lack of the development of adequate engines limiting aircraft performance and reducing capacity to house weapons with a proper punch; the corruption of politics and the culpable connivance of the high military spheres. The Mc.202 was therefore produced in limited numbers, while there is consensus that air war, especially in the African theatre, would have been different had the aircraft been adopted before.
Format: Hardback
Pages: 256
Illustration: COLOUR SECTION(S)
Availability: In Stock, usually dispatched same day
Publisher: FONTHILL
Publication date: 11/02/2022
Country of publication: UNITED KINGDOM
Weight: 543 g
Dimensions: 234.00mm X 156.00mm
Code: 70037

Acknowledgements; List of abbreviations; Introduction; 1 Historical Context; 2 The Schneider Trophy and Agello's record; 3 Mario Castoldi; 4 The Macchi MC200 Saetta; 5 The MC202 in combat, 1941-45. Construction and variants; 6 The MC202 in combat, 1941-45. Training and organisation; 7 The MC202 in combat, 1941-45. Combat; Epilogue.
Dr Davide F. Jabes received his PhD in History from The University of York (UK). He has worked as a consultant and researcher in Modern History for the University of Siena and several research Institutes as well as many publishing houses. Dr Niccolo Tognarini, has a PhD in History of International Relations from the European University Institute. He is presently working at the Council of the European Union as a curator, and regularly teaches at various international universities. Dr Alessandro Romanello graduated in Italian literature at the University of Bologna. He is a scholar of Italian literature and the history of the twentieth century, especially of the fascist regime. Since 2005 he is responsible for the modern book collections of the "Accademia Nazionale dei Lincei" in Rome.