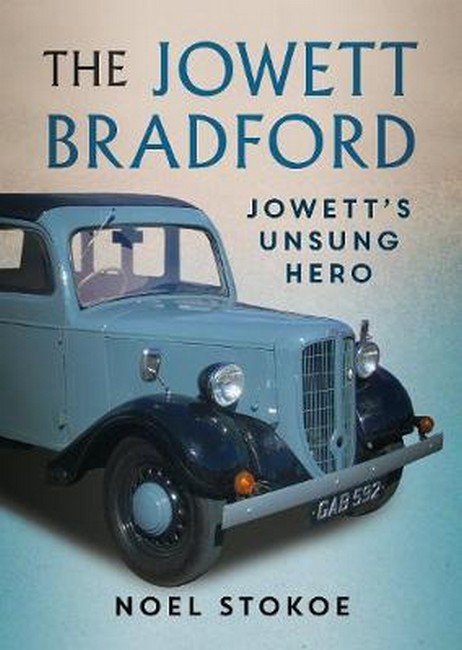 Jowett's Unsung Hero by Stokoe, Noel Code: 58009 Format: Paperback / 140 pages Publication date: 01/06/2020 Availability: Available. Usually dispatched from UK 1-2 business days Price: AU $44.99
The Jowett Bradford was rushed into production in 1946 as a stop-gap model pending the launch of the all-new Javelin saloon, which its young designer, Gerald Palmer, had been working on since 1942. It was based on the 1938 8 hp commercial and was basically a pre-war design in every respect. It was, however, very popular with farmers and small businesses such as bakers, greengrocers, fishmongers and drapers etc., as it was economical, cheap, rugged and simple to work on. It was powered by the flat-twin horizontally-opposed 1005 cc engine, which was basically the same as the one fitted to the first prototype Jowett in 1906 with minor improvements, it was so antiquated when compared to the new Javelin saloon Jupiter sports car. The Bradford was expected to be dropped from the range in 1951 but this never happened and remained in production right up to the closure of the factory in 1954 when Jowett's ceased trading. Ironically, it was the largest selling model that Jowett's ever produced with almost 40,000 being built.
Format: Paperback
Pages: 140
Illustration: COLOUR SECTION(S)
Availability: Available. Usually dispatched from UK 1-2 business days
Publisher: FONTHILL
Publication date: 01/06/2020
Country of publication: UNITED KINGDOM
Weight: 450 g
Dimensions: 235mm X 165mm
Code: 58009