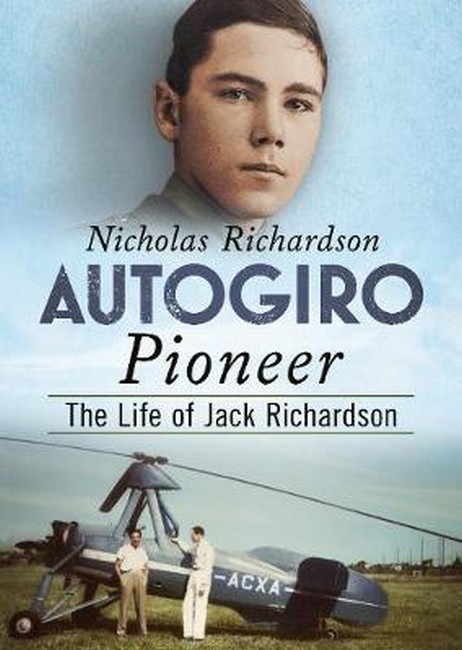 The Life of Jack Richardson by Richardson, Nicholas Code: 58021 Format: Hardback / 208 pages Publication date: 25/12/2019 Availability: In Stock. Usually dispatched same business day from Sydney, Australia Price: AU $57.99
'Autogiro Pioneer' is a vivid account of the varied life and adventures of Jack Richardson (1899-1987). The book is based on his memoirs, which have been edited by his son. In the 1930s he worked for Juan de la Cierva, the inventor of the Autogiro (the forerunner of the helicopter), and was the first person to obtain a commercial pilot's licence as an Autogiro pilot. This work involved (among other activities) several hazardous flights across Europe in all kinds of weather. In 1944 he learnt how to fly the new Sikorsky helicopters in the United States, and became the first fully-trained helicopter pilot in the British Army. In his later career with the Army and with Westland Aircraft he helped to develop the military and commercial uses of the helicopter, played a major role in the construction of the Heliport at Battersea, and was Chairman of The Helicopter Association. As a young man he had been a cavalry officer in the Ninth Lancers, and for seven years a successful orange farmer In South Africa. He was a keen racing skier and amateur painter. The book is illustrated with 100 pictures in black and white and in colour.
Format: Hardback
Pages: 208
Illustration: COLOUR SECTION(S)
Availability: In Stock. Usually dispatched same business day from Sydney, Australia
Publisher: FONTHILL
Publication date: 25/12/2019
Country of publication: UNITED KINGDOM
Weight: 577 g
Dimensions: 234mm X 156mm
Code: 58021