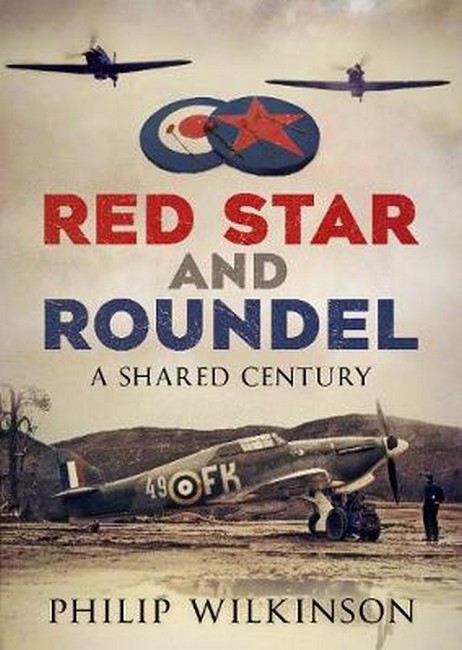 A Shared Century by Wilkinson, P. Code: 57049 Format: Hardback Publication date: 18/11/2019 Availability: In Stock. Usually dispatched same business day from Sydney, Australia Price: AU $89.99
The Red Star and the Roundel are the symbols of organisations that share a century of existence, a century with a full quota of conflict as well as harmony. The Russian red star has maintained its impact in the hundred years since the Revolution. The Royal Air Force's red white and blue roundel has seen action in the air world-wide for the same period. Phil Wilkinson had forty years of Royal Air Force service--the final three and a half were in Russia. With this unusual double qualification, he examines the dynamics of the Russia-RAF relationship, sometimes as allies, sometimes as adversaries. Drawing on personal reminiscences, and on the recollections of surviving veterans of RAF service in Russia during the Second World War, as well as on official records from throughout this shared century, the narrative is sometimes light-hearted, sometimes sombre. It goes from brutal combat in the early years, to language difficulties later on; from innocent misunderstandings to deliberate deception; from cultural contrasts to aesthetic links. Perhaps the narrative's most worthwhile effect will be to draw the reader's comment: "Well, I didn't know that before." There is still a lot to learn--a century's worth.
Format: Hardback
Availability: In Stock. Usually dispatched same business day from Sydney, Australia
Publisher: FONTHILL
Publication date: 18/11/2019
Country of publication: UNITED KINGDOM
Weight: 900 g
Dimensions: 255mm X 185mm
Code: 57049