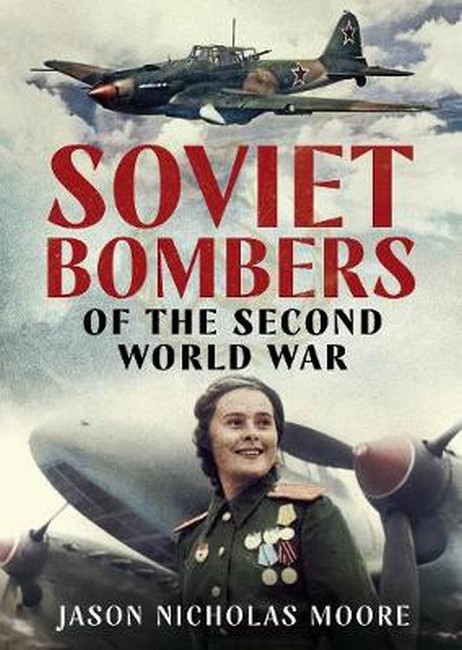 by Moore, Jason Nicholas Code: 57044 Format: Hardback / 384 pages Publication date: 26/11/2019 Availability: In Stock. Usually dispatched same business day from Sydney, Australia Price: AU $105.00
Soviet bombers were a varied lot during the Second World War, ranging from single-engined biplanes such as the 1920's era Polikarpov U-2 to the excellent and modern twin-engined Tu-2 medium bomber. Although the use of four-engined strategic bombers was mostly limited to use of the huge Pe-8 bomber, the Soviets used many other aircraft for both strategic and tactical bombing. As the bombers of the Red Air Force were mainly tasked with supporting the Red Army, most of the bombers were used for tactical bombing, attacking tanks, troop convoys, trains, and airfields. This book will deal with both strategic bombers and tactical bombers, but will concentrate on the smaller tactical bombers, as this is where the Red Air Force's emphasis lay. Such types as the Il-4, the Su-2, the aforementioned Tu-2, and the most important bomber of all, the Il-2 Shturmovik attack bomber, will be described in great detail, including not only details on the aircraft themselves, but how they were deployed in combat. The one truly strategic bomber, the Pe-8, will not be forgotten, and neither will the comparatively tiny U-2 biplane, which was so effective in its use as a night-time "nuisance" raider that the Germans copied the tactic wholesale. Accurate colour profiles in some number will accompany the text in this comprehensive work on Soviet bombers.
Format: Hardback
Pages: 384
Illustration: COLOUR SECTION(S)
Availability: In Stock. Usually dispatched same business day from Sydney, Australia
Publisher: FONTHILL
Publication date: 26/11/2019
Country of publication: UNITED KINGDOM
Weight: 1109 g
Dimensions: 248mm X 172mm
Code: 57044