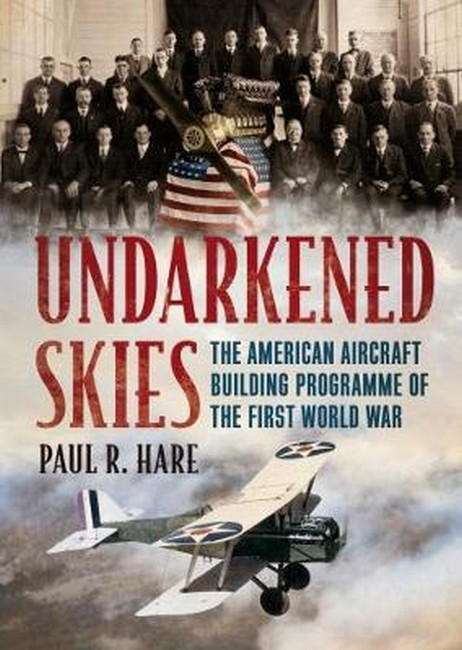 The American Aircraft Building Programme of the First World War by Hare, Paul R. Code: 49975 Format: Hardback / 160 pages Publication date: 19/01/2018 Availability: In Stock. Usually dispatched same business day from Sydney, Australia Price: AU $44.99
Soon after entering the war in April 1917 American propaganda promised that she would `Darken the skies over Europe' by sending over `the Greatest Aerial Armada ever seen'. Encouraged by the French Government America promised to build no less than 22,000 aeroplanes within a year and to field, and to maintain, a force of 4,000 machines, all of the latest type, over the Western Front during 1918, not only to provide adequate air support for her own troops, but because she saw this as a way to use her industrial strength to bypass the squalor of the war in the trenches, and so bring an end to the stalemate of attrition into which the war had descended. However, by the time of the Armistice more than 18 months later just a few hundred American built aeroplanes had reached the war fronts and several investigations into the causes of the failure of the project were already in progress.
Format: Hardback
Pages: 160
Illustration: B&W THROUGHOUT
Availability: In Stock. Usually dispatched same business day from Sydney, Australia
Publisher: FONTHILL
Publication date: 19/01/2018
Country of publication: UNITED KINGDOM
Weight: 476 g
Dimensions: 234.00mm X 156.00mm
Code: 49975