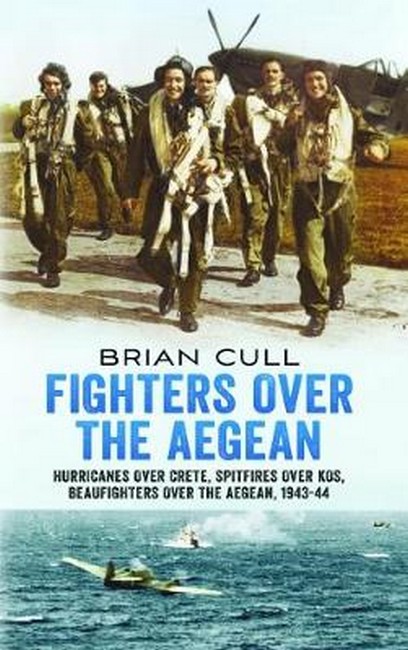 Fighters Over the Aegean

Hurricanes Over Crete, Spitfires Over Kos, Beaufighters Over the Aegean by Cull, Brian Code: 50867 Format: Paperback / 192 pages Publication date: 08/12/2017 Availability: In Stock. Usually dispatched same business day from Sydney, Australia Price: AU $44.99
Following the Casablanca Conference in January 1943, at which the Americans refused to back Britain's plan to invade the Dodecanese Islands in the Aegean, to be followed by an invasion of the Greek mainland, a weakened British attempt was made with disastrous results. The Americans wished to concentrate all their forces in capturing Sicily and then invading southern Italy. In this first comprehensive account of aerial operations over the Eastern Mediterranean/Aegean, the first chapter covers the disastrous Hurricane attack on Crete (Operation Thesis), an attempt to divert Axis attention from Sicily; subsequent chapters deal with British landings on the islands of Kos and Leros when Spitfires vainly attempted to hold the Luftwaffe at bay. Meanwhile, Beaufighters flying from North Africa and Cyprus roamed over the Aegean attacking shipping and aerial transports with success but at a heavy cost, until the Germans withdrew from the Aegean and the Greek mainland. In addition, specially modified Spitfires are detailed to combat pressurised high-altitude Ju 87 spy planes used by the Luftwaffe based on Crete, and the Fleet Air Arm with its Seafires, Wildcats and Hellcats over the Aegean. Also, the book includes many first-hand accounts from both British and German aircrew extracted from official reports and memoirs.
Format: Paperback
Pages: 192
Illustration: B&W THROUGHOUT
Availability: In Stock. Usually dispatched same business day from Sydney, Australia
Publisher: FONTHILL
Publication date: 08/12/2017
Country of publication: UNITED KINGDOM
Weight: 302 g
Dimensions: 234.00mm X 156.00mm
Code: 50867