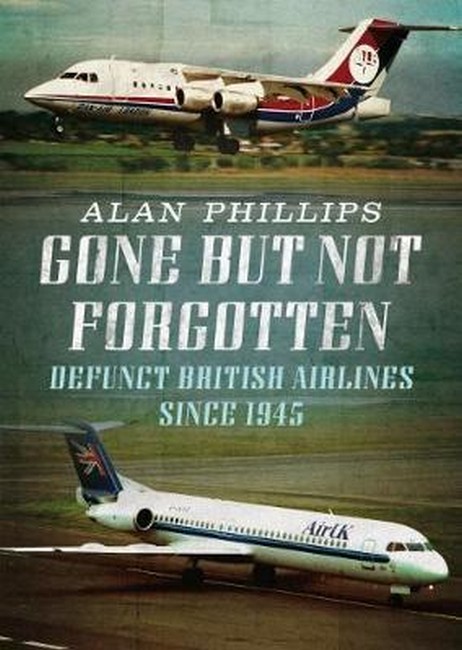 Gone but Not Forgotten

Defunct British Airlines Since 1945 by Phillips, A. Code: 50799 Format: Paperback / 128 pages Publication date: 15/11/2017 Availability: In Stock. Usually dispatched same business day from Sydney, Australia Price: AU $23.99 (was AU $39.99) You save AU $16.00
The British airliners we see today in our airports are the result of numerous takeovers and mergers, involving large and small companies. This book covers some of these airlines that have ceased operating since 1946: some collapsed because of financial difficulties, some were taken over by larger airlines, and some ceased operating altogether. In post-war Britain, several small airlines were founded and equipped with surplus military aircraft, the most popular being the Douglas Dakota. The book is a guide to each airline, accompanied by a brief historical account, and interesting images of the aircraft in their distinctive colour schemes. The airlines covered are a selection of large and small aircraft, who flew international and regional routes, as well as airlines involved in inclusive tours business.
Format: Paperback
Pages: 128
Illustration: COLOUR SECTION(S)
Availability: In Stock. Usually dispatched same business day from Sydney, Australia
Publisher: FONTHILL
Publication date: 15/11/2017
Country of publication: UNITED KINGDOM
Weight: 335 g
Dimensions: 248mm X 172mm
Code: 50799