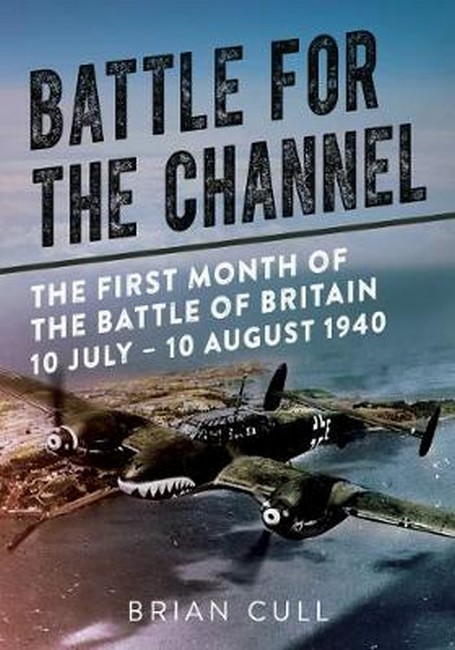 Battle for the Channel

The First Month of the Battle of Britain 10 July - 10 August 1940 by Cull, Brian Code: 49897 Format: Hardback / 304 pages Publication date: 06/07/2017 Availability: Sold Out Price: AU $26.99 (was AU $44.99) You save AU $18.00
This volume carries on where FIRST OF THE FEW finished, in the same style and format. 10 July-the official first day of the Battle of Britain-witnessed increased aerial activity over the Channel and along the eastern and southern seaboards of the British coastline. The main assaults by ever-increasing formations of Luftwaffe bombers, escorted by Bf109s and Bf110s, were initially aimed at British merchant shipping convoys plying their trade of coal and other materials from the north of England to the southern ports. These attacks by the Germans often met with increasing success although RAF Spitfires and Hurricanes endeavoured to repel the Heinkels, Dorniers and Ju88s, frequently with ill-afforded loss in pilots and aircraft. Within a month the Channel was effectively closed to British shipping. Only a change in the Luftwaffe's tactics in mid-August, when the main attack changed to the attempted destruction of the RAF's southern airfields, allowed small convoys to resume sneaking through without too greater hindrance.
Format: Hardback
Pages: 304
Illustration: B&W THROUGHOUT
Availability: Sold Out
Publisher: FONTHILL
Publication date: 06/07/2017
Country of publication: UNITED KINGDOM
Weight: 610 g
Dimensions: 234mm X 156mm
Code: 49897