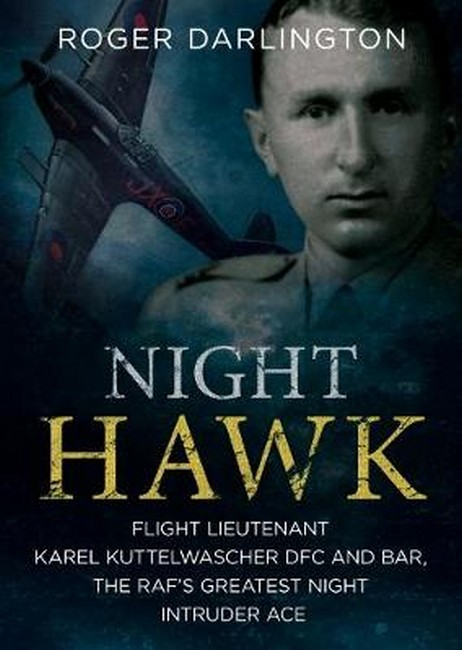 Flight Lieutenant Karl Kuttelwascher DFC and Bar, the Raf's GreatestNight Intruder Ace by Darlington, Roger Code: 49076 Format: Paperback / 192 pages Publication date: 05/07/2017 Availability: In Stock. Usually dispatched same business day from Sydney, Australia Price: AU $23.99 (was AU $39.99) You save AU $16.00
Karel Kuttelwascher may have had a German surname, but he was a Czech who became the scourge of the Luftwaffe bombers operating from France and the Low Countries in 1942. Flying with the RAF's legendary No. 1 Squadron, his destruction of fifteen aircraft in only three months earned him the DFC twice in a mere forty-two days, and made him the RAF's top night intruder ace. After his daring escape from German-occupied Czechoslovakia, he flew in the ferocious Battle of France and participated in the final weeks of the Battle of Britain as one of Churchill's 'Few'. During the early circus operations, he clocked up his first three kills before playing a part in the famous Channel Dash. However, it was in the lauded but lonely night intruder role that his individualistic skills came to the fore. Flying a long-range Hawker Hurricane IIC armed with 20-mm cannon, the man the wartime media dubbed the 'Czech Night Hawk' unleashed a reign of terror that included shooting down three Heinkel bombers in just four minutes.
Format: Paperback
Pages: 192
Illustration: NOT ILLUSTRATED
Availability: In Stock. Usually dispatched same business day from Sydney, Australia
Publisher: FONTHILL
Publication date: 05/07/2017
Country of publication: UNITED KINGDOM
Weight: 360 g
Dimensions: 234mm X 156mm
Code: 49076