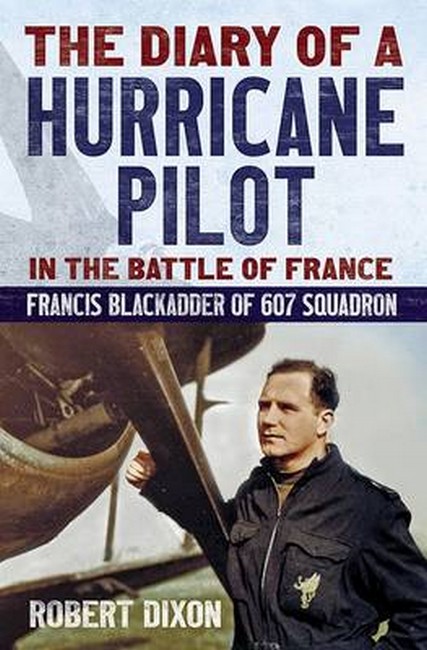 Diary of a Hurricane Pilot in the Battle of France

Francis Blackadder of 607 Squadron by Dixon, Robert Code: 47806 Format: Hardback / 224 pages Publication date: 01/10/2014 Availability: In Stock. Usually dispatched same business day from Sydney, Australia Price: AU $33.00 (was AU $55.00) You save AU $22.00
We all know about the Battle of Britain, but the RAF - and the new Hurricane - was first put through its paces in the ill-feted Battle of France in the spring of 1940.Robert Dixon first came across the Diary of William Francis Blackadder when carrying out research on 607 Squadron, the squadron Blackadder flew with. The Diary begins in August 1939. At that time the squadron was at its annual summer camp at Abbotsinch. The Diary takes us through the last days of peace with the excitement of a coming war. It was an adventure yet a time to put their skills to test; anyway, it would all be over by Christmas.November brought great excitement, 607 Squadron was one of two Auxiliary Air Force Squadrons to be posted to France; the only two. Still a big adventure the diary takes us through the 'Phoney War' and the worst winter on record. One day there was a bog, the next it was frozen solid - and then came the snow.All the time the question was asked; 'Where are our Hurricanes'? Always promised, they never turned up until one fine day in April but the pilots were not allowed to touch them. This brought out Blackadder's frustrations; 'We fly patrols in silly, bloody biplanes.' Of course they did come, as did the Battle of France.Blackadder takes us day by day through this battle, shooting down and forced down (twice) and always on the run. His diary is funny in places as well as showing tense drama, hopelessness and, in the end, defeat.
Format: Hardback
Pages: 224
Illustration: B&W THROUGHOUT
Availability: In Stock. Usually dispatched same business day from Sydney, Australia
Publisher: FONTHILL
Publication date: 01/10/2014
Country of publication: UNITED KINGDOM
Weight: 525 g
Dimensions: 234mm X 156mm
Code: 47806

Robert Dixon has been an author and contributor to aviation magazines for some 20 years ,particularly The Flypast . He has had a number of books published on Aviation history and various other subjects.