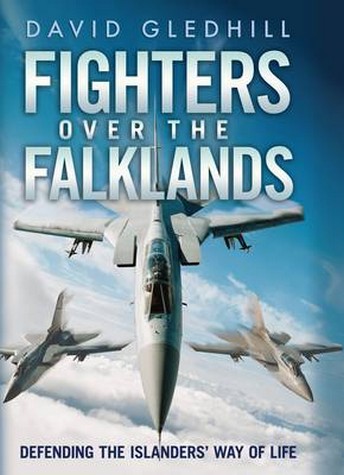 Fighters Over the Falklands

Defending the Islanders' Way of Life by Gledhill, David Code: 35693 Format: Hardback / 256 pages Publication date: 01/11/2013 Availability: In Stock. Usually dispatched same business day from Sydney, Australia Price: AU $16.50 (was AU $55.00) You save AU $38.50
"Fighters Over The Falklands" captures daily life using pictures taken during the author's tours of duty on the Islands. From the first detachments of Phantoms and Rapiers operating from a rapidly upgraded RAF Stanley airfield to life at RAF Mount Pleasant, see life from the author's perspective as the Commander of the Tornado F3 Flight defending the islands' airspace. Font-line fighter crews provided Quick Reaction Alert during day to day flying operations working with the Royal Navy, Army and other Air Force units to defend a remote, and sometimes forgotten, theatre of operations. It will also look at how the islanders interact with the forces based at Mount Pleasant and contrast high technology military operations with the lives of the original inhabitants; namely the wildlife.
Format: Hardback
Pages: 256
Illustration: B&W THROUGHOUT
Availability: In Stock. Usually dispatched same business day from Sydney, Australia
Publisher: FONTHILL
Publication date: 01/11/2013
Country of publication: UNITED KINGDOM
Weight: 780 g
Dimensions: 248.00mm X 172.00mm
Code: 35693

DAVE GLEDHILL is an aviation enthusiast and aviator. Having been awarded his pilot's licence at the age of 17, he was commissioned in the RAF in 1974 and trained as an air navigator, before converting to the F4 Phantom in the Air Defence role. After tours in the UK and Germany, he went on to be a radar tactics instructor on the Operational Conversion Unit. One of the first instructors on the new Tornado F2, he eventually became the Executive Officer on the OCU and OC1435 Flight flying the Tornado F3.