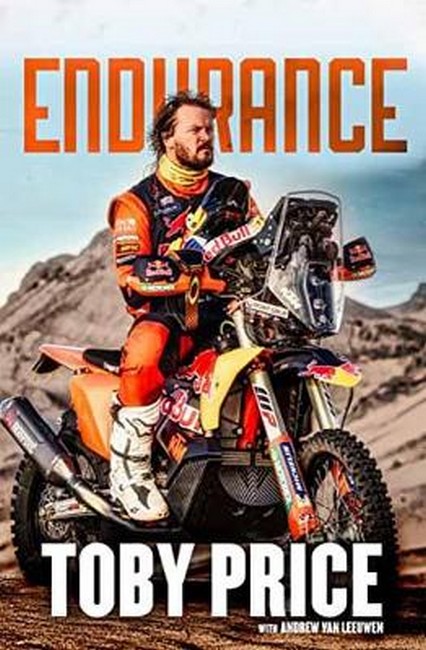 Two-time Dakar Rally champion, seven-time Finke Desert Race winner, FIM World Rally Champion and one of Australias most popular motorsports athletes shares his inspiring story of every bump in the road on his way from a small farm in the Australian bush to the top of the podium in the worlds most gruelling endurance race. The Australian bush has conjured up some crazy legends, but the rise and rise of two-time Dakar champion Toby Price is surely one of its best. Who knew that the remote town of Roto (pop. 41) would be the launching pad of one of the greatest motorsports athletes the world has seen, fit to tackle and triumph over the planets most gruelling endurance race? Toby Price has lived a truly remarkable life, filled with ups, downs and every bump in the road imaginable- a childhood racing prodigy from the tender age of 2 - there was hardly a paddock that could contain him. After tearing through the junior ranks, taking out titles in both dirt track and motocross, Toby was living the dream, turning pro at 16 and joining the formidable KTM Racing team. Soon he was turning heads internationally and tapped to take on the most forbidding enduro courses the sport could throw at him. But the clock and the elements werent his only adversaries. The death of his adored sister, Min; the tragic loss of mentors and rivals in the desert; countless broken bones and an accident that should have paralysed him for life - Tobys story is a study in staying true to yourself and following your passion to its ultimate end- rain, hail or shine. The person who emerged from the crucible of so many trials is now one of the most beloved figures in Australian sport, a kid from the country whose need for speed took him to the top of the podium - and hes not about to slow down now.

There would be few better-liked or more respected off-road motorcycle racers than Toby Price. The 34-year-old from Maitland, NSW, has a resume that reads like a dream list for a professional Australian off-road racer. The list of titles and championships is beyond impressive, including seven Finke wins across bike and car classes, five Hattah Desert Race victories, five Australian Off-Road Championships, and two National Enduro championships. In 2015, Toby made his first attempt at the soul-destroying, 9000-kilometre, 14-day Dakar Rally. A stage win and an overall podium showed the world that this new kid was someone theyd better watch, and the result earned Price a full-time seat on the KTM Factory Red Bull Racing Team. Winning two Dakar titles, in 2016 and 2019, Toby cemented his position at the top of the world rally circuit, and any time hes home in Australia he can found hammering away at the front of the field at national championship events. No matter what the event, or where in the world, Toby loves to ride and compete. Most of all, Toby loves to ride fast.