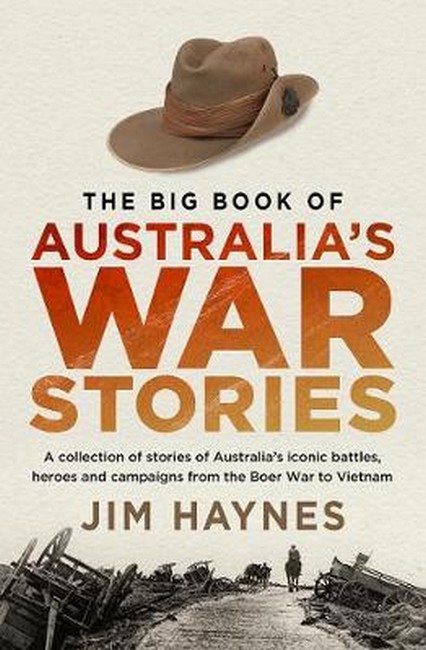 The bravest thing God ever made, said a British officer of the insubordinate Aussies at Gallipoli. And before the Normandy invasion, Field Marshal Montgomerys chief of staff remarked, I only wish we had the Australian 9th Division with us this morning. But there is more to the Australian experience of war than heroic endeavour and bravery. Jim Haynes has rediscovered stories that are as harrowing as they are uplifting, as strange as they are brutal and as heart-breaking as they are humorous. From Federation to the Vietnam War, from our first VC winner to our hundredth, this sweeping overview of Australias military adventures both overseas and at home is a guide to understanding how this nations role in the twentieth centurys major conflicts unfolded as each war ebbed and flowed. These stories have formed Australias collective memory of war. Some battles and campaigns are household names, although their historical significance may have been lost. Others are barely remembered now but are part of our history and deserve to be retold. These are the accounts, recollections and legends that explain Australias wartime reputation. They demonstrate the extraordinary courage, resilience, stoic humour, personal heroism and sacrifice that created the mythology of the Aussie digger - the soldiers, sailors, nurses and flyers who did things their own way and earned the undying respect of both their allies and their enemies.

Before becoming a professional entertainer, song writer and verse writer in 1988, Jim Haynes taught writing, literature, history and drama in schools and universities from outback NSW to Britain and back again. He is the author of many Great Australian titles, including horse racing, yarns and unknown true stories. He is one of the countrys most prolific and successful Australian authors. He was awarded an OAM in 2016 for service to the performing arts as an entertainer, author, broadcaster and historian.