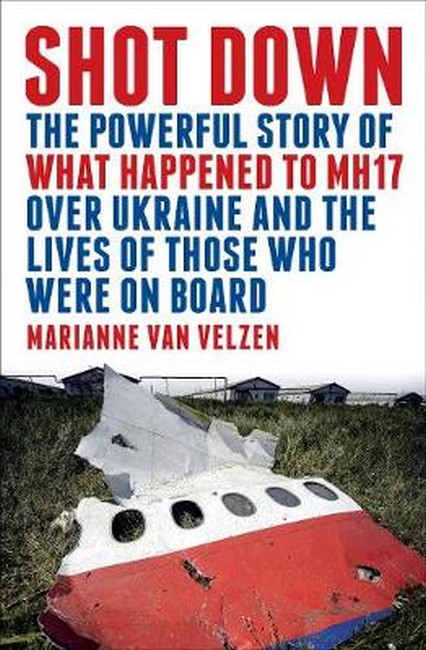 Shot Down : The powerful story of what happened to MH17 over Ukraine and

the lives of those who were on board by Velzen, Marianne van Code: 59003 Format: Paperback / 352 pages Publication date: 31/01/2020 Availability: Available, please contact us for availability Price: AU $29.99
On 17 July 2014, Malaysian Airlines MH17 was shot out of the sky above Ukraine. Aboard were 298 people, 38 of whom were Australians. No one survived. Subsequently it was shown that the airliner was almost certainly hit by a Buk surface-to-air missile fired by Ukrainian separatists aided by the Russian military. The debris from the plane's disintegration mid-air was spread over 50 square kilometres, but for weeks rescue teams and investigators were denied access. The Russians have refused to take any responsibility for the deaths. This is the story of some of the people who boarded that fatal flight and the conflict below them that was doomed to destroy their lives and the happiness of the people they left behind. The fullest account yet published, it is also the story of a continuing clamour for justice. Unsettling, compelling and revealing, Shot Down will provoke both outrage that this criminal act could have happened and deep sadness for the lives lost. 'A compelling account of one of the most appalling aviation atrocities of our time.' JIM EAMES, author of Courage in the Skies
Format: Paperback
Pages: 352
Illustration: B&W THROUGHOUT
Availability: Available, please contact us for availability
Publisher: ALLEN & UNWIN
Publication date: 31/01/2020
Country of publication: AUSTRALIA
Weight: 0 g
Dimensions: 234mm X 153mm
Code: 59003