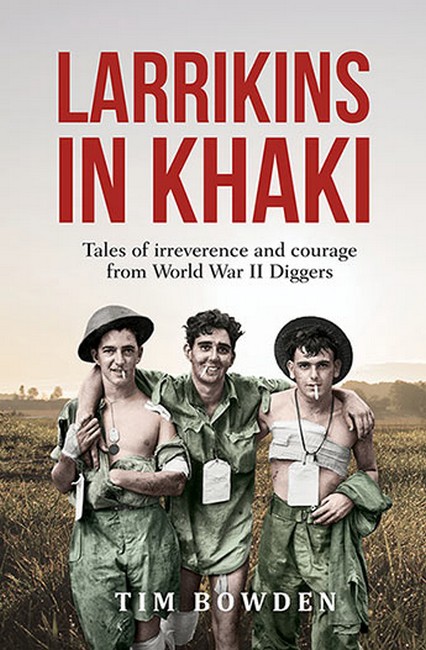 With a reputation for being hard to discipline, generosity to their comrades, frankness and sticking it up any sign of pomposity, Australian soldiers were a wild and irreverent lot, even in the worst of circumstances during World War II. In Larrikins in Khaki, Tim Bowden has collected compelling and vivid stories of individual soldiers whose memoirs were mostly self-published and who told of their experiences with scant regard for literary pretensions and military niceties. Most of these men had little tolerance for military order and discipline, and NCOs and officers who were hopeless at their jobs were made aware of it. They laughed their way through the worst of it by taking the mickey out of one another and their superiors. From recruitment and training to the battlegrounds of Palestine, North Africa, Thailand, New Guinea, Borneo and beyond, here are the highly individual stories of Australias World War II Diggers told in their own voices - warts and all.

Tim Bowden is an acclaimed oral historian, broadcaster, and radio and television documentary maker for the ABC. He is author of many books including the much acclaimed One Crowded Hour: Neil Davis, combat cameraman, The Changi Camera: A unique record of Changi and the Thai-Burma Railway, and Stubborn Buggers: Survivors of the infamous POW gaol that made Changi look like heaven.