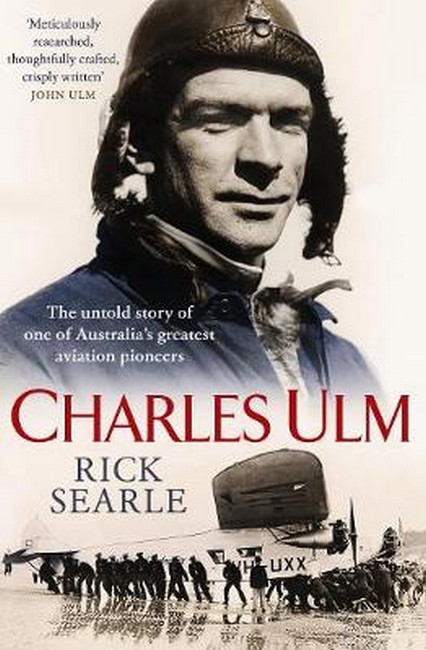 The untold story of one of Australia's greatest aviation pioneers by Searle, Rick Code: 57635 Format: Paperback / 400 pages Publication date: 25/07/2018 Availability: Available. Usually dispatched 1-3 business days Price: AU $32.99
Charles Ulm and Charles Kingsford Smith were two of the most important pioneers of Australian aviation. Together they succeeded in a number of record-breaking flights that made them instant celebrities around the world, notably the first ever trans-Pacific flight, then setting up Australian National Airways in late 1928. Smithy was the face of the airline, happier in the cockpit or in front of an audience than in the boardroom; Ulm was in his element as managing director. Smithy had the charisma and public acclaim, Ulm the tenacity and organisational skills. In 1932, Kingsford Smith received a knighthood for his services to flying; Ulm did not. Setbacks and tragedies followed, as Ulm tried to develop the embryonic Australian airline industry. ANA was at first successful, but a catastrophic crash and the increasing bite of the Great Depression forced it into bankruptcy in 1933. Desperate to drum up support for a new airline, Ulm's final flight was meant to demonstrate the potential for a regular trans-Pacific passenger service. Somewhere between San Francisco and Hawaii his plane, Stella Australis, disappeared. No trace of the plane or crew was ever found. In the years since his death, attention has focused more and more on Smithy, leaving Ulm neglected and overshadowed. In this essential biography, Rick Searle shows that while Ulm lacked Smithy's prowess as an aviator, he was his superior as a visionary, and a driving force behind the growth of modern global air travel. His untimely death robbed Australia of a huge talent.
Format: Paperback
Pages: 400
Illustration: B&W THROUGHOUT
Availability: Available. Usually dispatched 1-3 business days
Publisher: ALLEN & UNWIN
Publication date: 25/07/2018
Country of publication: AUSTRALIA
Weight: 505 g
Dimensions: 235.00mm X 155.00mm
Code: 57635