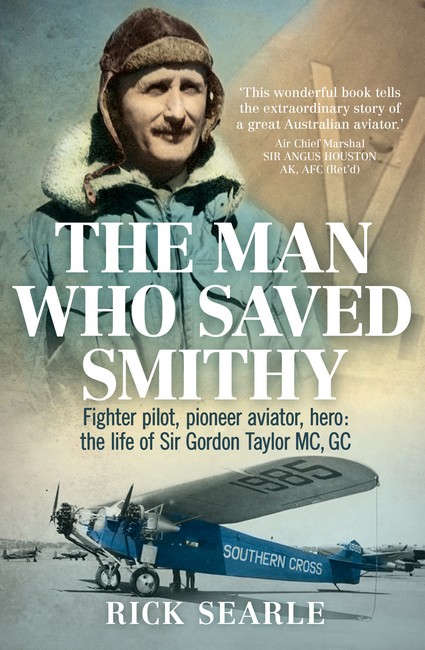 Patrick Gordon Bill Taylor was a pioneer of Australian aviation. As a fighter pilot during the First World War, he was awarded the Military Cross and discovered a life-long passion for flight and air navigation. Returning to Australia after the war, he became a close friend of Charles Kingsford Smith; they went on to form an incredible flying partnership, setting records around the globe. It was on a flight across the Tasman in Smithys famous Southern Cross that Taylor earned the Empires highest award for civilian bravery, the George Cross. With one engine out of action and another fast running out of oil, Taylor repeatedly climbed out of the cockpit to transfer oil to the stricken engine and keep the Southern Cross flying - all this while suspended over the sea in a howling slipstream. After the deaths of his friends Charles Ulm and Kingsford Smith in separate accidents, Taylor became Australias greatest surviving aviator, pioneering vital new trans-oceanic air routes during the Second World War and receiving a knighthood in honour of his services to flight. The Man Who Saved Smithy is the enthralling account of his remarkable life and achievements.

Rick Searle has been a full-time freelance writer and film maker for almost forty years. He has worked in radio, television and film, and lectured in television writing at the Queensland University of Technology. Rick has had a lifelong interest in aviation, and a long-standing fascination with the life of Australian flyer and navigator Sir Gordon Taylor.