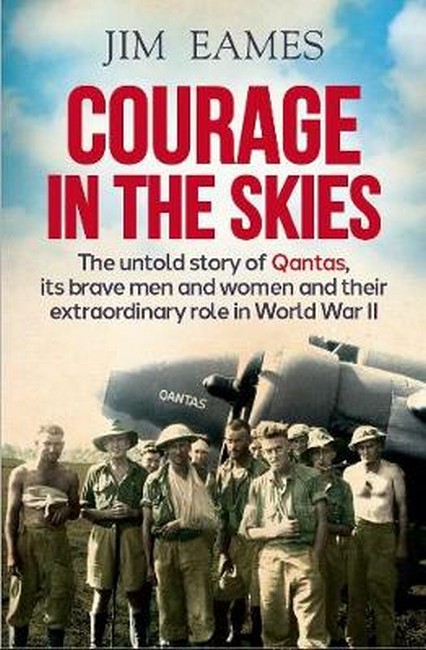 Courage in the Skies: The Untold Story of Qantas, its Brave Men and

Between 1942 and 1943, Qantas lost eight aircraft during its involvement in Australias war against the Japanese. Over sixty passengers and crew died as a result. Yet Qantas exemplary contribution to Australias war effort and the courage of its people in those difficult times has been forgotten.Courage in the Skies is the remarkable story of Qantas at war and the truly heroic deeds of its crew and ground staff as the Japanese advanced towards Australia. Flying unarmed planes through war zones and at times under enemy fire, the airline supplied the front lines, evacuated the wounded and undertook surprising escapes, including carrying more than forty anxious civilians on the last aircraft to leave besieged Singapore. Absorbing, spirited and fast-paced, above all this is a story of an extraordinary group of Australians who confronted the dark days of World War II with bravery, commitment and initiative. They just happened to be Qantas people.In this most readable book, Jim Eames captures the experiences of a small band of brave, professional and pioneering aircrew who confronted the dangers of war, the challenges of unforgiving oceanic and tropical weather and the uncertainty of navigation in unarmed flying boats and conventional aircraft. - Air Chief Marshal Sir Angus Houston AK, AFC (Retd)

Introduction 1. Prelude to a war: The Imperial-BOAC dilemma 2. A world at war 3. The shadows darken, 1940 4. Cats across the Pacific 5. The Americans are coming: Pan Am 6. Route extensions and Sibolga dogs 7. The battle for Singapore 8. Running the gauntlet 9. Impregnable no more: The fall of Singapore 10. Aub Kochs war: Part one 11. Loss and retreat: The link is cut 12. Means of escape 13. Near miss at Darwin 14. Dave Rosss Dili dilemma 15. Tjilatjap: The rat trap 16. One of our aircraft is missing: The loss of Circe 17. Death and disaster at Broome 18. Papua New Guinea: The last stand 19. The struggle for aircraft and the Bully Beef Bombers 20. Empires to the rescue 21. The Japanese have landed 22. Aub Kochs war: Part two 23. A most fascinating and romantic undertaking: In secret across the Indian Ocean 24. The home front 25. The end comes 26. Among those who served 27. The struggle for recognition Acknowledgements Appendix Qantas staff casualties Bibliography Index