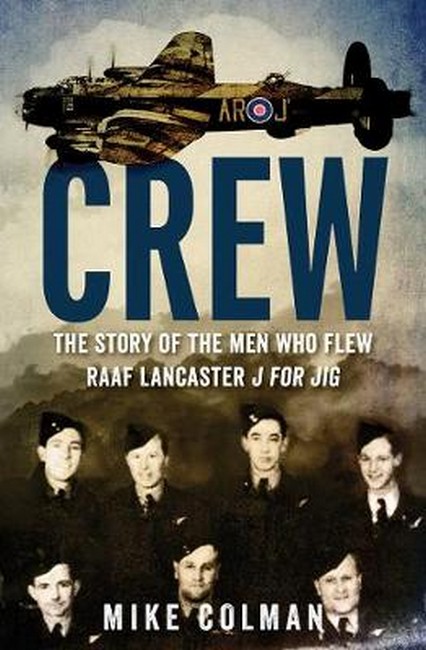 The Story of the Men Who Flew Raaf Lancaster J for Jig by Colman, Mike Code: 51411 Format: Paperback / 336 pages Publication date: 21/02/2018 Availability: Available. Usually dispatched 1-3 business days Price: AU $32.99
On the evening of 24 February 1944, RAAF Lancaster bomber J for Jig took off from an airfield in Lincolnshire. On board was a crew of seven young men-five Australians, two Scots-whose mission was to bomb factories in Schweinfurt, Germany. But J for Jig never reached its target. It was shot down in the night skies over France. This book is about the seven lives on that aircraft-who they were, what they did, whom they loved, and whom they left behind. Some were to die that night, and others were to survive, withstanding incredible hardships and adventures as prisoners and evaders in a war that was far from over. Crew brilliantly recreates J for Jig's final mission but, more than that, in telling seven individuals' stories Mike Colman has captured the achievements, loss and the enduring legacy of the generation that fought in the Second World War.
Format: Paperback
Pages: 336
Availability: Available. Usually dispatched 1-3 business days
Publisher: ALLEN & UNWIN
Publication date: 21/02/2018
Country of publication: AUSTRALIA
Weight: 0 g
Dimensions: 234mm X 153mm
Code: 51411