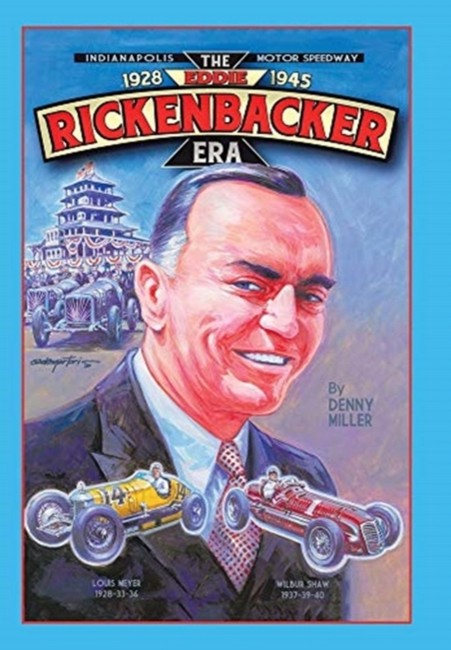 This Eddie Rickenbacker Era book is first and foremost an in-depth look of his ownership of the Indianapolis Motor Speedway from 1927-1945 and not intended to be another biography of Rickenbackers life. A list of books of Eddies military life or his ordeal about being lost 23 days in the South Pacific, which I highly recommend reading, follows. Throughout the book, I listed key dates and headlines in United States history, in politics, sports and entertainment, that is intended to serve as a point-of-reference timeline throughout the Eddie Rickenbacker Era. Dont cringe on certain typos-I purposely capitalize the "R" in Race in various places as my way of showing reverence to the Indianapolis 500. Other grammar and punctuation irregularities are my humorous middle finger to those former "composition 101" profs who used so much red ink correcting my themes.

The Motor Racing Art of HECTOR CADEMARTORI Born in Buenos Aires, Argentina, became interested in motor racing as a teenager and was very much influenced by the European traditions; Fangio, Gonzalez, all the Formula One and Sportscar stars of the 60s and 70s and the great racing teams of that era. Hector started selling his illustrations and paintings after he graduated from High School and moved to the US in 1983 to specialize in his motor racing art. He started showing his artwork to different people in the automobile and motorcycle fields and the rest, as they say, his history. His clients include racing teams, corporations, magazines, and private parties, all of which help him make a living producing motor racing art. Youll find his art from Dan Gurneys All american Racers offices to Indianapolis 500 Yearbook covers, Auto Club Speedway and the Carrera Panamericana de Mexico posters; the NHRA, foreign and domestic car and motorcycle magazines and books, manufacturers such as Kawasaki USA, American Honda and Yamaha USA, La Carrera Panamericana, Toyota Motorsports, TRD (Toyota Racing Development), SVRA vintage racing, Lucas Oil Lubricants and many others. "I think that my art was just a vehicle to be around racing. Im really a racer with a brush", declares Hector who races his Datsun 240Z "Ferratsun" around the Southern California circuits and a 1991 Volvo 740 with 24 Hr of LeMons and Chumpcar Series. He lives in La Verne, California with his wife Florencia. Hector Cademartori (909) 593-8424 hcademartori@aol.com