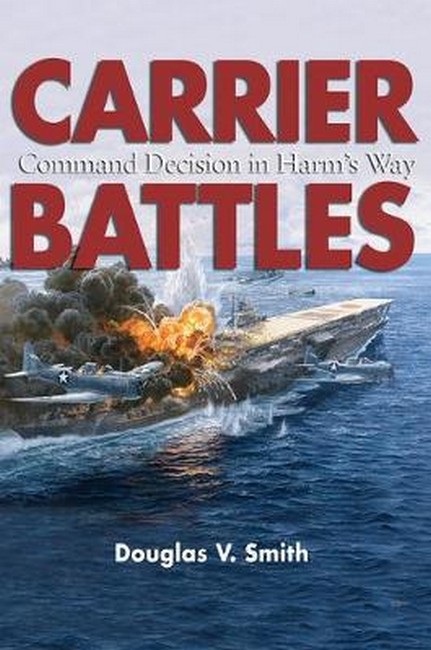 Command Decisions in Harm's Way by Smith, Douglas V. Code: 58245 Format: Paperback / 384 pages Publication date: 01/06/2020 Availability: Future Publication. Pre-order now. Due date: June 2020 Price: AU $40.36
A longtime professor at the Naval War College who once directed strategic and long-range planning for the Navy and Marine Corps in Europe considers the transformation of the U.S. Navy from a defensive-minded coastal defense force into an offensive risk-taking navy in the very early stages of World War II. Noting that none of the navy's most significant World War II leaders were commissioned before the Spanish-American War and none participated in any important offensive operations in World War I, Douglas Smith examines the premise that education, rather than experience in battle, accounts for that transformation. In this book, Smith evaluates his premise by focusing on the five carrier battles of the second world war to determine the extent to which the inter-war education of the major operational commanders translated into their decision processes, and the extent to which their interaction during their educational experiences transformed them from risk-adverse to risk-accepting in their operational concepts. His book will interest students of the Pacific War, naval aviation, education, and leadership.
Format: Paperback
Pages: 384
Illustration: B&W THROUGHOUT
Availability: Future Publication. Pre-order now. Due date: June 2020
Publisher: NAVAL INSTITUTE PRESS
Publication date: 01/06/2020
Country of publication: UNITED STATES
Weight: 0 g
Dimensions: 229mm X 152mm
Code: 58245