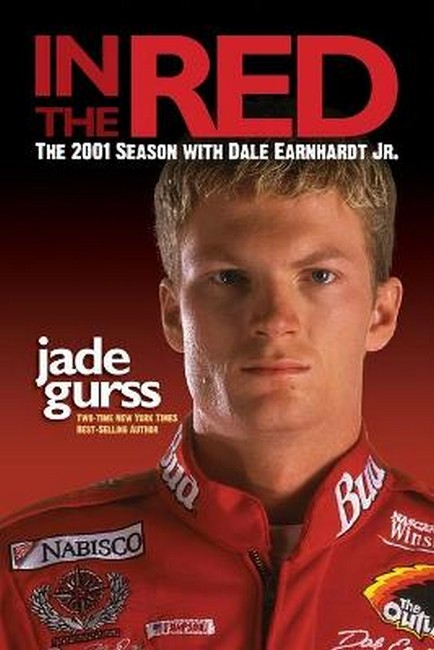 In the Red (Address book)

The 2001 Season with Dale Earnhardt Jr. by Gurss, Jade Code: 61537 Format: Calendar / 304 pages Publication date: 26/06/2022 Availability: Pre Order. Release date: June 2022 Price: AU $39.95
Dale Earnhardt's death is the most prominent moment in NASCAR history, and millions of people around the world know about the tragedy on the final lap of the 2001 Daytona 500. But, only a handful of people know what went on behind the scenes before and after that horrible crash. In the Red is an insider's look at the 2001 NASCAR season with his son, Dale Earnhardt Jr. Earnhardt Jr. began his second season in NASCAR's Winston Cup Series with swagger and confidence, only to see his entire life changed drastically. In the Red is the story of how Dale Jr. persevered, overcoming boundless grief to thrive on and off the track. Written by Earnhardt Jr's publicist, Jade Gurss (who also co-authored Dale Jr's best-selling book, Driver #8), In the Red puts you inside the race car as Junior and his No. 8 Budweiser team made an emotional but triumphant return to Daytona, then scored another momentous victory in the first race after the September 11 terrorist attacks. Off the track, follow along as Junior attends the MTV Music Video Awards, and makes memorable appearances in the pages of Rolling Stone and Playboy magazines as well as emotional interviews on The Today Show and many more.
Format: Calendar
Pages: 304
Availability: Pre Order. Release date: June 2022
Publisher: OCTANE PRESS
Publication date: 26/06/2022
Country of publication: UNITED STATES
Weight: 0 g
Dimensions: 229.00mm X 152.00mm
Code: 61537

Jade Gurss is the owner of fingerprint inc. The company was founded in 1999 to direct media and public relations for clients such as Anheuser-Busch and the Budweiser NASCAR program with driver Dale Earnhardt Jr. Gurss is the co-author of two New York Times Best Selling books. "Driver #8" (Warner Books) chronicles Earnhardt Jrs rookie season. It is believed to be the most successful book about auto racing in American publishing history, spending 17 weeks on the New York Times Best Seller list. He also co-wrote "DW: A Lifetime Going Around in Circles" (Putnam Books), which reached the New York Times Best Seller non-fiction list in February 2004. fingerprint inc. has been consistently innovative in developing a long list of media firsts for a NASCAR driver for Earnhardt Jr., from major magazine features to a series of documentaries on networks such as MTV, CMT and other non-sports outlets such as 60 Minutes, Rolling Stone Magazine and Playboy. Prior to forming fingerprint inc., Gurss was in charge of marketing and publicity for Ilmor Engineering, the race-engine design and manufacturing arm of Mercedes-Benz. He also managed sports publicity for Mercedes-Benz USA while at the Cotter Group in Charlotte, NC after being the director of publicity at Heartland Park Topeka in the early 1990s. A native of Topeka, Kansas, Gurss has a bachelors degree in broadcast communications (Cum Laude with departmental honors) from Washburn University, and has a technical degree as a certified audio engineer. Gurss has a background as a musician and in video and television production. Gurss actively provides lectures and presentations for universities as well as corporate clients on topics such as sports marketing and publicity, small business ownership, and NASCAR.