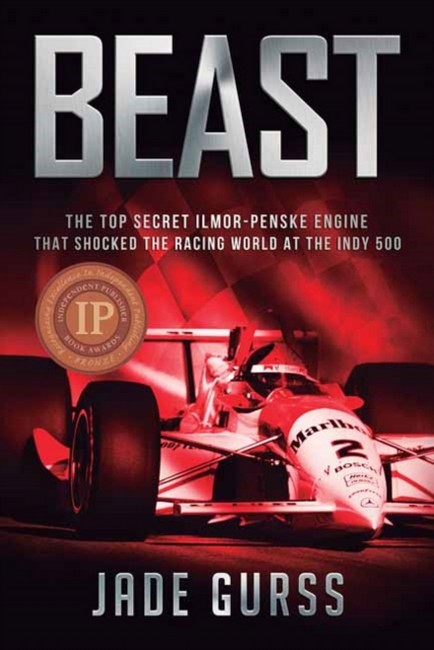 Beast : The Top Secret Ilmor-Penske Engine That Shocked the

Beast was the nickname of a shocking new race engine unveiled for the 1994 Indianapolis 500. The massive effort to design and build it in a seemingly impossible timeframe is still hailed as one of the most herculean efforts and well-kept secrets in the history of the Indy 500. In the award-winning book, Beast, bestselling author Jade Gurss chronicles the subterfuge and debunks the myths about this legendary power plant that persist twenty years on.

Gurss interviewed key players involved in the race to uncover the story of how this engine powered the Penske PC23 chassis to one of the most talked-about Indy 500 races in history. The British race-engine experts at Ilmor Engineering offer detail about the design and manufacture of the engine. Roger Penskes team reveals how the engine and car were tested and developed, and how Mercedes came to be involved in the project. The story unfolds as Roger Penske and Mario Illien and Paul Morgan of Ilmor play every card they possess to create an incredible race engine--even rare World War II fighter planes and supersonic jets roar into the heart of this high-tech tale. Drivers Al Unser Jr. of the United States and Paul Tracy of Canada provide details on the tense weeks leading up to race day. The book reaches a suspenseful climax at 240 miles per hour at the Indy 500 noone can forget.

Wrapped up in the drama and intrigue are real business and motivational lessons which made Roger Penske one of the most successful businessmen in the world and that helped Ilmor and its cofounders, Mario Illien and the late Paul Morgan, design and manufacture Indy car and Formula 1 championship-winning engines. Beast is not only a must-read for sports and race fans, but a compelling narrative for those who enjoy genuine lessons in business and technology or thrilling mysteries based on actual events.