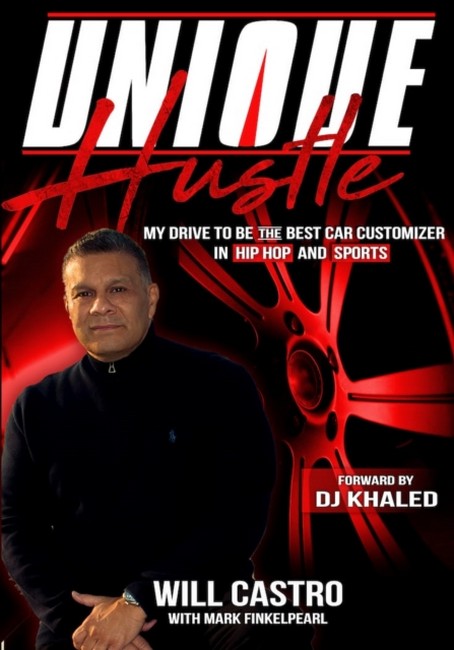 Will Castro is the star of Velocity Channels Unique Rides. As one of the most popular car customizers in America, his life is a dream journey realized through a business he is passionate about, combined with his working with marquee names in entertainment. His fans flock to his personal appearances, watch him on TV, and follow him on social media. However, inside these pages are his personal stories of struggle and triumph, as well as insights and anecdotes into some of the biggest names in sports, music, and film & TV, including: P. Diddy, Billy Joel, Nick Cannon, Nicki Minaj, Carmelo Anthony, Jason DeRulo, IceT, John Leguizamo, just to name a few. This book gives his fans the access they crave, yet have not seen on his on TV show. While Will is enthusiastic about sharing his personal stories and revealing his truggles, he also wants to bring a "how to" to those readers who love to learn about cars and customization techniques from a professional. This story is told in Wills "unique" voice, part Lower East Side, part Long Island. Its the voice of a guy who was determined to grind out a place for himself in the world, no matter the obstacles of poverty, and only a high school education. Even with his success, Will has stayed true to his roots. Castro grew up working class inside the housing projects on the Lower East Side of New York City. He could easily have fallen through the cracks of society like countless others around him. But Will has that special something thats hard to name; a je ne sais quoi that is equal parts his personality, his intelligence, his talent, and his perseverance. Combining that with the luck of finding himself at the right place at the right time, and this particular equation added up to a solid rip on the brass ring of the American Dream. It wasnt easy. In fact, for a while it was criminal (which he discusses in the book). Even when Will Castro seemed to be down for the count, he pulled himself up off the mat, shook off the punches, and survived to go the distance. Still, he strives every day to accomplish more. He is an inspiration for fans of all stripes, from projects to penthouses across the United States, and now the globe. Along the way he developed something in his work thats very hard to do for any artist or craftsperson to accomplish: he formed a signature style. Readers discover that a Unique car creation is unlike any other in the world, built by a singular character at the top of his game.