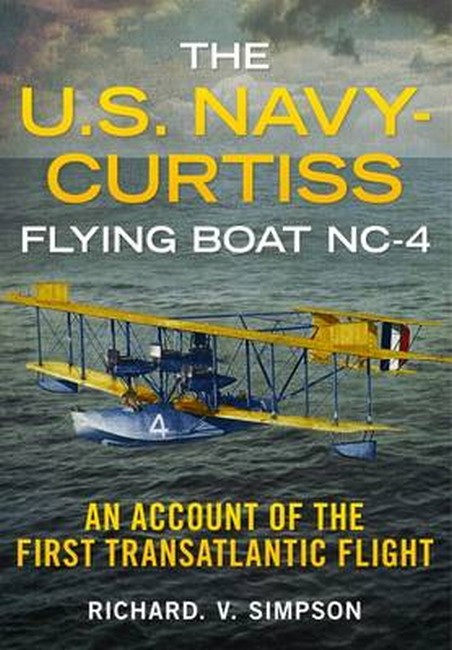 An Account of the First Transatlantic Flight by Simpson, Richard V. Code: 47846 Format: Paperback / 128 pages Publication date: 17/03/2016 Availability: In Stock. Usually dispatched same business day from Sydney, Australia Price: AU $44.00 (was AU $55.00) You save AU $11.00
When human's learned, in 1903, they could cruise over land in a heaver than air flying machine, they never dreamed of using an advanced model of the aeroplane as an instrument of war. The novelty of flying intrigued a young Glenn H. Curtiss-an inventor obsessed with speed. In the decade before World War One, Curtiss a dedicated tinkerer developed speedy float planes and flying boats which came to the attention of the U.S. Navy. During the run-up to America's involvement in the European war, ships carrying supplies to allies were being destroyed by the German U-boats. It was because of these losses of men and material that Navy brass decided a long range bomber should be developed to counter the German submarine menace. It was then Glenn Curtiss was contracted to draw plans for a large flying boat capable of flying across the Atlantic. Initially, four flying boats were built, but by this time the war had ended ant the mission of the flying boats no longer existed. However, America decided to send its new giant flying machines across the Atlantic as a show of Yankee know-how.
Format: Paperback
Pages: 128
Illustration: B&W THROUGHOUT
Availability: In Stock. Usually dispatched same business day from Sydney, Australia
Publisher: FONTHILL
Publication date: 17/03/2016
Country of publication: UNITED KINGDOM
Weight: 340 g
Dimensions: 248.00mm X 174.00mm
Code: 47846