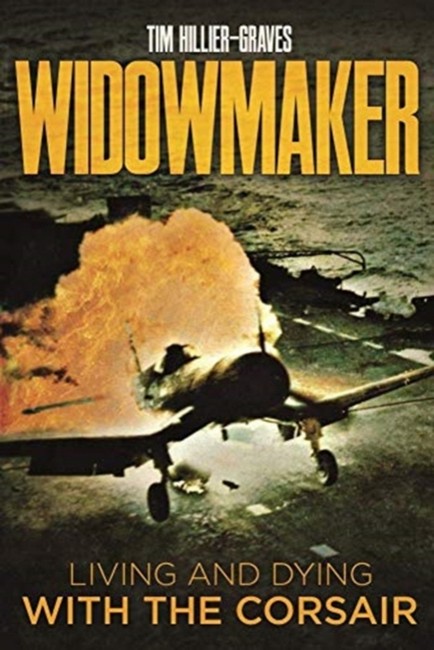 "Despite everything I felt very lucky to have flown Corsairs, they were the best you know even though it took me sometime to realise this when so many friends died flying them." (Colin Facer, Corsair pilot, HMS Illustrious) The Vought-Sikorsky Corsair was one of the most potent fighters of the Second World War. It was also one of the most flawed. Conceived by Rex Beisel, Voughts Chief Designer during 1938, the US Navy condemned it as being too dangerous for carrier operations and refused to certify it safe for use at sea.

With the British Aero Industry unable to build fighters with sufficient range and potentcy for carrier use the Admirtalty sought alternatives. With the Lend Lease programme, created by President Roosevelt, in place they could acquire weapons from American factories. In practice, this meant standing in line behind the US Navy, Marines and Army for service, but it still opened up new opportunities to be exploited.

So, with newly built Corsairs being stockpiled and the promise of an improved version on the way, the RN saw a opening worthy of development and exploited it. By the end of the war the Fleet Air Arm had acquired more than 2,000 Corsairs to equip its squadrons. But the risks identified by the USN were largely ignored by the Royal Navy and far too many men and aircraft were lost in accidents as a result.

Yet in the hands of experienced carrier pilots its virtues were only too apparent and, in due course, they achieved great things. Eventually, the US Navy noted this "success" and certified the Corsair for use on their carriers too, but the aircraft never entirely lost its reputation as a "widow maker." This book describes the Corsairs development and tells the sad, but inspiring story of the young men who struggled and suffered to make the Corsair a going concern in the most vicious unforgiving war one can imagine. To do this the author met and corresponded with ninety or more veterans from America, Britain, New Zealand and Canada.

Their recollections made this book possible and through their vivid memories we can experience what it felt like to be barely of age, a civilian called to arms and a fighter pilot.