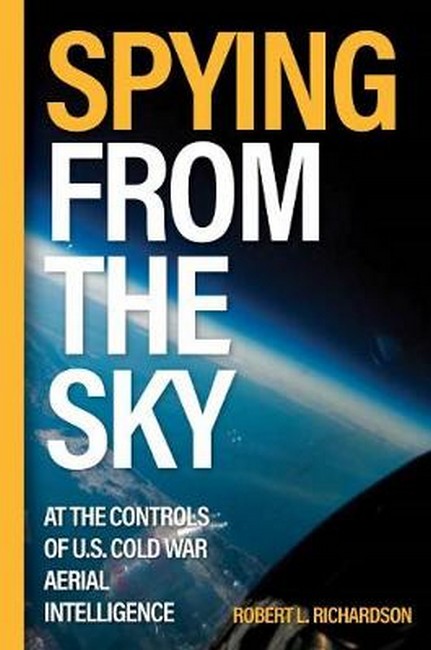 Spying from the Sky

At the Controls of Us Cold War Aerial Intelligence by Richardson, Robert L. Code: 58857 Format: Hardback / 288 pages Publication date: 01/08/2020 Availability: Future Publication. Pre-order now. Due date: August 2020 Price: AU $65.00
The history of Cold War reconnaissance in the words of the man who proved the aircraft, commanded the units, and flew the missions. This is the biography of pilot Col. William Gregory, whose astonishing career with the CIA and the US Air Force encompassed the attempts by US intelligence to understand Cold War Soviet Union. William Gregory, "Greg," to all, was born into a sharecropper's life in the hills of northcentral Tennessee. From the back of a mule-drawn plow, Greg learned the value of resilience and the importance of living a determined life. Refusing to accept a life of continued poverty, Gregy sought and found a way out - a work-study college program that made it possible to leave farming behind him forever. While at college, Greg completed the Civilian Pilot Training Program and was subsequently accepted into the Army's pilot training program. Earning his wings in 1942, Greg became a P-38 combat pilot and served in North Africa during the summer of 1943 - a critical time when the Luftwaffe was still a potent threat, and America had begun the march northward from the Mediterranean into Europe proper. Following the war, Greg served with a B-29 unit, then transitioned to the new, red-hot B-47 strategic bomber. In his frequent deployments, he was always assigned the same target in the Soviet Union - Tblisi, Stalin's home town. While a B-47 pilot, Greg was selected to join America's first high-altitude program - the Black Knights. Flying RB-57D aircraft, Greg and his team flew peripheral "ferret" missions around the Soviet Union and its satellites, collecting critical order-of-battle data so desperately needed by the Air Force at that time. When that program neared its design end, and following the Gary Powers shoot-down ovr the Soviet Union, Greg was assigned to command of the CIA's U-2 unit at Edwards AFB. It was during that five-year command that Greg and his team provided critical overflight intelligence, including during the Bay of Pigs, the Cuban Missile Crisis, and the Vietnam build-up. He found time to also become one of the first to fly U-2s off aircraft carriers in a demonstration project. Following his U-2 command, Greg attended the National War College, was assigned to the reconnaissance office at the Pentagon, and then was named Vice-Commandant of the Air Force Institute of Technology (AFIT). Greg retired from the Air Force in 1972. AUTHOR: Following a successful career in internationl business and global education, Robert Richardson began writing about the little-known, personal, but critically important stories of World War II and the Cold War. His previous publications include The Jagged Edge of Duty (2017), and his current research relates to the events in the South Pacific during the early months of World War II. A life-long conservationist, Richardson is co-founder of the Inland Northwest Land Conservancy.
Format: Hardback
Pages: 288
Illustration: B&W THROUGHOUT
Availability: Future Publication. Pre-order now. Due date: August 2020
Publisher: CASEMATE BOOKS
Publication date: 01/08/2020
Country of publication: UNITED STATES
Weight: 0 g
Dimensions: 229mm X 152mm
Code: 58857