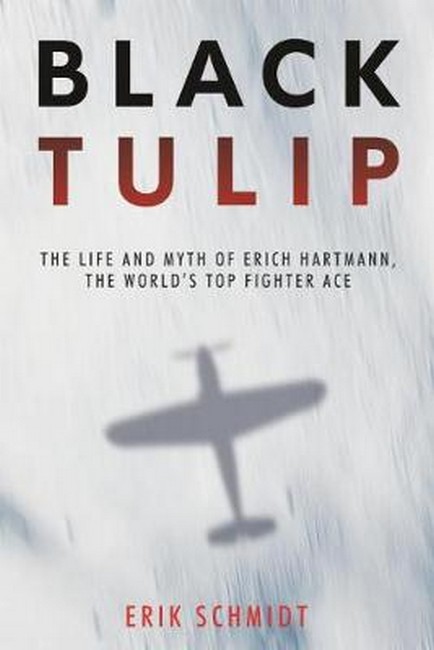 The Life and Myth of Erich Hartmann, the World's Top Fighter Ace by Schmidt, Erik Code: 58856 Format: Hardback / 240 pages Publication date: 25/07/2020 Availability: Available. Usually dispatched 1-2 business days Price: AU $65.00
The story of the top-scoring ace in history, a Luftwaffe pilot named Erich Hartmann who totalled 352 kills. Black Tulip is the story of the top-scoring ace in history, a World War II Luftwaffe pilot named Erich Hartmann (1922 1993). Over 1,404 wartime missions, Hartmann scored 352 kills (the top American ace, Dick Bong, scored 40) and his career was full of drama. There are the frostbitten fighter sweeps over the Russian tundra; drunken forays to Hitler's Eagle's Nest; a decade of imprisonment in the Soviet camps; and a second flying career during the Cold War that ended with scandal and unmet promises. Alongside the narrative of an aviator and a war, this book is about how heroes are made, and marketed. Just when Hartmann's second career was faltering, he was adopted by an insular network of writers and commentators personally invested in his welfare and reputation. These men, mostly Americans, published lavish, celebratory stories about Hartmann and his elite fraternity of Luftwaffe pilots. With each dogfight tale put into print, Hartmann's legacy became loftier and more secure, and his complicated service in the defense of Nazism faded away. Sometimes this amounted to historical generosity. Sometimes it was just fraudulent. Black Tulip locates the ambiguous truth about Hartmann and so much of the Wehrmacht in general: these men usually were neither Nazi thugs nor impeccable knights. They were complicated, contradictory, diverse, and committed to a conflict they didn't fully understand. This book portrays a complex human rather than the one-dimensional caricature we're used to, and it argues that the tidy, polished hero stories we've inherited about men like Hartmann say as much about those who've crafted them as they do about the heroes themselves. AUTHOR: Erik Schmidt is a senior marketing writer and idea-maker, with a professional mindset. He has a graduate degree in creative nonfiction. A lover of history and aviation, this book started out as a grad-school thesis.
Format: Hardback
Pages: 240
Illustration: B&W THROUGHOUT
Availability: Available. Usually dispatched 1-2 business days
Publisher: CASEMATE BOOKS
Publication date: 25/07/2020
Country of publication: UNITED STATES
Weight: 0 g
Dimensions: 229mm X 152mm
Code: 58856