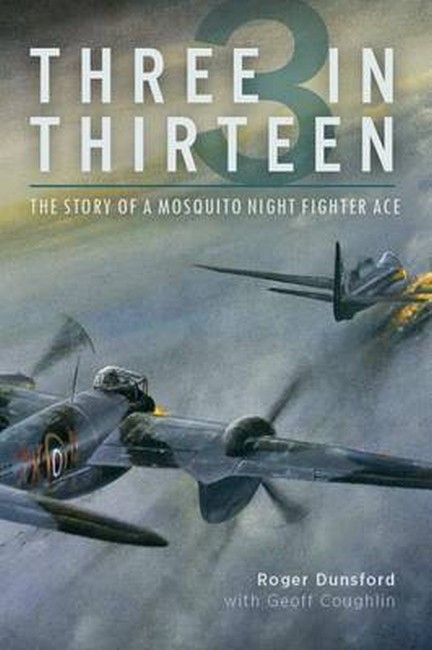 The Story of a Mosquito Night Fighter Ace by Coughlin, Geoff Code: 47400 Format: Hardback / 192 pages Publication date: 28/02/2017 Availability: Available. Usually dispatched 1-2 business days Price: AU $49.99
Joe Singleton was an unlikely hero. A junior manager at a paints and varnish company at the outbreak of war, he was surprised to discover he had a hidden talent for flying. Despite RAF Fighter Squadrons crying out for replacements after the carnage of the Battle of Britain, Joe was posted to the rapidly developing world of night fighting. He flew first Defiants then Beaufighters as the technological race to field effective night fighters hotted up leading to the first tentative attempts to put radar inside an aircraft. He found himself in the thick of the very earliest stages of ground controlled interception and airborne radar engagements. But the grind of fruitless searches and patrols only served to highlight the futility of lives lost in training and the inherent dangers of flying at night with relatively primitive equipment. His skills finally began to bear fruit when piloting a Mosquito and he took place in several successful missions. But the pinnacle came on the night of 19th March 1944: scrambled to intercept a big German raid on Hull he located and shot down a Junkers 188, then went on to shoot down two more, all in the space of thirteen dramatic minutes. He and his navigator survived the crash-landing that ensued, and he went on to be feted as a national hero. Three in Thirteen is a unique sortie-by-sortie account of his journey from bewildered recruit to celebrated expert, illustrated with extracts from Joe's RAF logbook, and unpublished photographs and illustrations. Roger Dunsford's extensive experience as an RAF pilot brings a vivid immediacy to Joe's experiences combined with astute analysis of the planes, the tactics and the events of that fateful night.
Format: Hardback
Pages: 192
Illustration: B&W THROUGHOUT
Availability: Available. Usually dispatched 1-2 business days
Publisher: CASEMATE BOOKS
Publication date: 28/02/2017
Country of publication: UNITED STATES
Weight: 0 g
Dimensions: 228mm X 152mm
Code: 47400