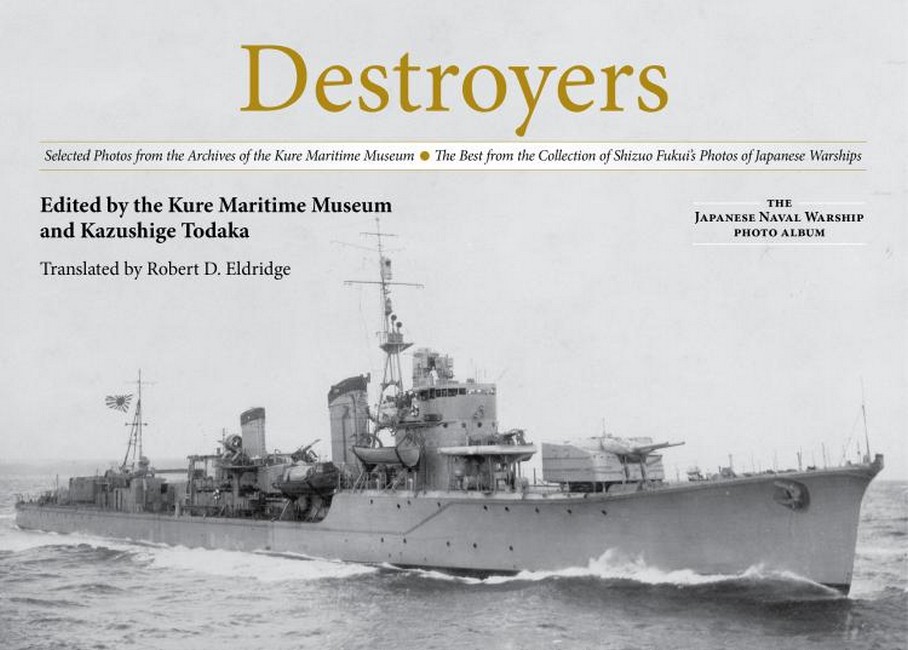 Destroyers: Selected Photos from the Archives of the Kure Maritime

Museum Collection of Shizuo Fukui's Photos of Japanese Warships by Todaka, Kazushige Code: 58244 Format: Hardback / 232 pages Publication date: 01/06/2020 Availability: Future Publication. Pre-order now. Due date: June 2020 Price: AU $121.32
Originally published in Japan in 2005, each album in The Japanese Naval Warship Photo Album Series contains official photographs taken by the Kure Maritime Museum, as well as those taken by private individuals. These pictorial records document the main types of Japanese vessels, from battleships to submarines, based on the best images from Shizuo Fukui, a former Imperial Japanese Navy commander and technician. These photos include the ones Fukui began collecting as a young boy and continued after he worked as a naval shipbuilder, and those that he was given in order to complete a photographic history of the Imperial Japanese Navy's ships, which include those gathered by Nagamura Kiyoshi, a shipbuilder who proactively collected photos, and the collection of machinist Amari Yoshiyuki. Moreover, with the help of shipbuilder Makino Shigeru, among others, Fukui was able to continue to gather photographs and other items throughout the postwar period. It is not an exaggeration, therefore, to say that Fukui dedicated his entire life to this work. These images are especially valuable because of the massive destruction of official documents at the end of the war.
Format: Hardback
Pages: 232
Illustration: B&W THROUGHOUT
Availability: Future Publication. Pre-order now. Due date: June 2020
Publisher: NAVAL INSTITUTE PRESS
Publication date: 01/06/2020
Country of publication: UNITED STATES
Weight: 0 g
Dimensions: 210mm X 298mm
Code: 58244