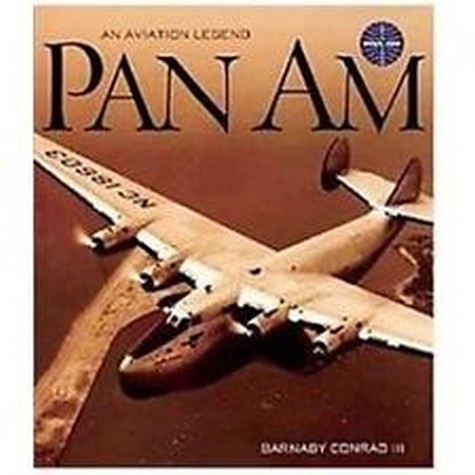 Pan Am: An Aviation Legend

by Barnaby Conrad Code: 32661 Format: Hardback / 212 pages Publication date: 21/01/2014 Availability: Please contact us for availability Price: AU $69.99
After Pan American's First commercial flight, from Key West to Havana, in 1927, airline visionary and company founder Juan Trippe teamed up with heroic aviator Charles Lindbergh to pioneer routes into the Caribbean and South America. Enlisting early aircraft builders Sikorsky, Martin, and Boeing, Pan Am developed planes that finally conquered the vast Pacific and Atlantic oceans, breaking down the boundaries that separated peoples and cultures. During its first 40 years the company was responsible for virtually every innovation in commercial aviation, from safety and performance features in its aircraft to jet travel at affordable fares. Along the way, Pan Am attracted endorsements from celebrities, the mistrust of Presidents and the envy of competitors. iPan Am: An Aviation Legend recounts the great friendship between Trippe and Lindberg, the secret wartime mission Franklin Roosevelt made aboard a Pan Am Clipper, and the courageous acts of pilots such as Ed Musick, who bravely flew across Pacific Ocean in 1935. With its logo on everything from tiny single-engine planes to the magnificent 747, Pan-American changed the way Americans saw the world and the way the world viewed America. Although Pan American World Airways ceased flying in 1991, its photographic history stirs the imagination of the air traveler just as images of the Orient Express, the Titanic and the Concorde intrigue railroad, ocean--liner and aviation buffs. With more than 250 illustrations and vivid text, author Barnaby Conrad III honors not only Pan American's golden era of the 30s and 40s, but also depicts its iconic style of the 50s and 60s jet age in an unforgettable manner. Ladies and gentlemen, please fasten your seat belts as this book takes you aboard the greatest airline of the 20th century. Filled with stunning photographs and artifacts, this book evokes the golden age of air travel, when boarding a Pan Am Clipper bound for Pago Pago or Macao meant an adventurous journey in unprecedented style. "Someday," wrote Claire Booth Luce in 1941, "a clipper flight will be remembered as the most romantic voyage in history."
Format: Hardback
Pages: 212
Illustration: B&W THROUGHOUT
Availability: Please contact us for availability
Publisher: COUNCIL OAK BOOKS
Publication date: 21/01/2014
Country of publication: UNITED STATES
Weight: 1000 g
Dimensions: 257mm X 289mm
Code: 32661