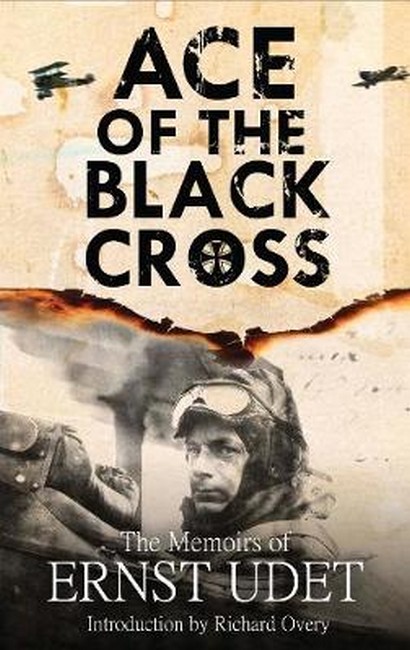 Ace of the Black Cross

The Memoirs of Ernst Udet by Udet, Ernst Code: 59198 Format: Paperback / 256 pages Publication date: 15/07/2020 Availability: Future Publication. Pre-order now. Due date: July 2020 Price: AU $39.99
Above the mud and misery of the trenches and the endless slugging matches of the First World War another contest was played out with all the military glamour, chivalric values and deadly outcome of a mediaeval, knightly tournament. This was the battle in the air between the first primitive aircraft and the intrepid aviators who flew them. This image of air war is brought nobly to light in the memoirs of Ernst Udet, the German ace of aces, whose impressive wartime record was second only to the legendary Red Baron. Written in a jaunty, Boys Own style Udet paints a romantic picture of his experiences and captures what perhaps many young pilots must have felt as they flew off each day to duel with the enemy, the elements and an unreliable technology. Ace of the Black Cross also illustrates the way in which war and defeat left this young generation of tough, spirited, individuals rootless and restless. After the war Udet used his flying skills to give displays to crowds of gawping onlookers, a circus act that left him frustrated and resentful. In 1941, disillusioned and depressed, he shot himself. On the wall before he died he scrawled a message for Gring: Iron man, you have betrayed me. AUTHOR: Born in 1896, Ernst Udet joined the infant German Air Service in 1915. He went onto win the Iron Cross First Class and Pour le Mrite. Between the wars Udet became a stunt pilot. In 1939 he was put in charge of air force development and production, but on 17 November 1941, he killed himself.
Format: Paperback
Pages: 256
Illustration: B&W THROUGHOUT
Availability: Future Publication. Pre-order now. Due date: July 2020
Publisher: FRONTLINE BOOKS
Publication date: 15/07/2020
Country of publication: UNITED KINGDOM
Weight: 0 g
Dimensions: 234mm X 156mm
Code: 59198