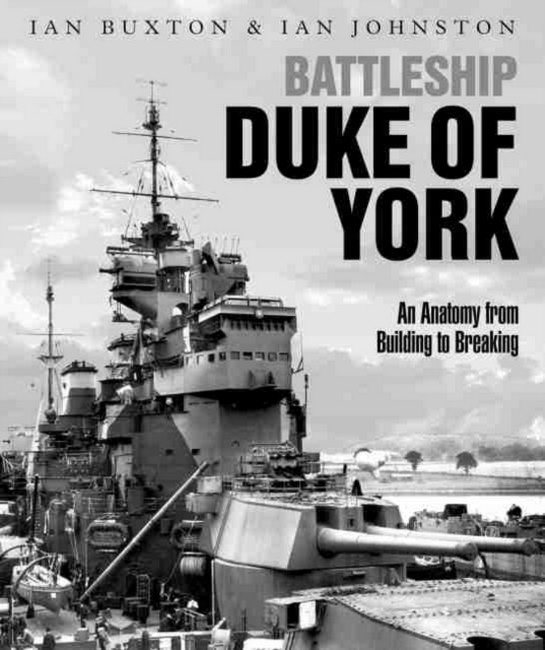 An Anatomy from Building to Breaking by Buxton, Ian Code: 60639 Format: Hardback / 320 pages Publication date: 30/06/2021 Availability: Future Publication. Pre-order now. Due date: June 2021 Price: AU $140.00
Unlike the United States, which has preserved a number of battleships as museums or memorials, not a single British dreadnought survives in the country that invented them. This book is an ambitious attempt to achieve the next best thing - a level of documentation in plans, photographs and words that portrays every aspect of the ship, albeit in two dimensions. Although the ship was chosen primarily because of the wealth of source material, Duke of York enjoyed a distinguished wartime career that included sinking the German battleship Scharnhorst in 1943 and serving as the flagship of the British Pacific Fleet in 1945, so is a fitting subject for such in-depth treatment. The core of the book is the reproduction in full color of a complete set of as-fitted plans of the ship, including many details and close-ups. These are complemented by an unusually thorough set drawn after the ship's major refit in March 1945, showing all the modifications undertaken to prepare the ship for service alongside the US Navy in the Pacific. Photographic coverage begins with the stunning views taken by the builder's professional cameraman during every stage of construction, continues with many shots of the ship during her active service, and concludes with an illustrated chronology of the breaking up. This last is included not just for completeness but because photos of the ship at various stages of demolition demonstrate many aspects of the interior structure, compartments and their fittings that are otherwise invisible. While the emphasis may be primarily visual, the accompanying narrative and captions display the expertise and in-depth knowledge of the authors, making the text as enlightening as the illustration. The result is a uniquely comprehensive portrait of a great ship in all its complexity, and a book that no warship enthusiast will want to miss. AUTHORS: Ian Buxton is a naval architect with a lifetime's experience in the shipbuilding industry and, latterly, in higher education at the University of Newcastle. He is perhaps best known for Big Gun Monitors. He also co-authored The Battleship Builders with Ian Johnston, who is a well-known authority on Clydeside shipbuilding and the historian of both John Brown's and Beardmore's. His training as a graphic designer is to be seen in the superb choice of photographs in Clydebank Battlecruisers and A Shipyard at War. 250 colour and b/w illustrations
Format: Hardback
Pages: 320
Illustration: B&W THROUGHOUT
Availability: Future Publication. Pre-order now. Due date: June 2021
Publisher: PEN & SWORD BOOKS LTD
Publication date: 30/06/2021
Country of publication: UNITED KINGDOM
Weight: 0 g
Dimensions: 289.00mm X 245.00mm
Code: 60639