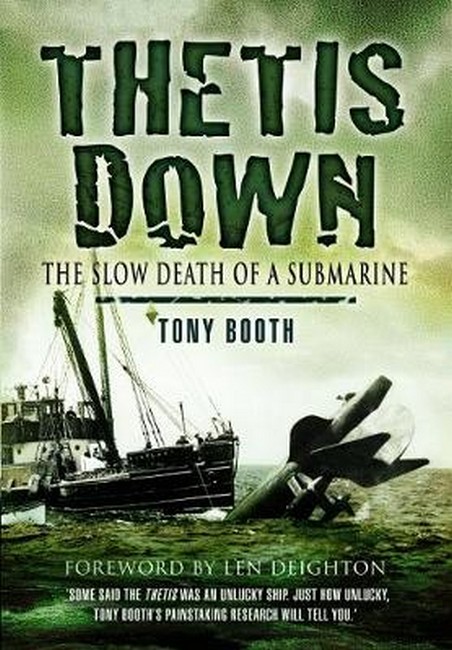 The Slow Death of a Submarine by Booth, Tony Code: 57810 Format: Paperback / 240 pages Publication date: 19/02/2020 Availability: In Stock, usually dispatched same day Price: AU $32.24 (was AU $42.99) You save AU $10.75
On 1 June 1939 His Majesty's Submarine Thetis sank in Liverpool Bay while on her diving trials. Her loss is still the worst peacetime submarine disaster the Royal Navy has yet faced when ninety-nine men drowned or slowly suffocated during their last fifty hours of life. The disaster became an international media event, mainly because the trapped souls aboard were so near to being saved after they managed to raise her stern about 18ft above sea level. Still the Royal Navy-led rescue operation failed to find the submarine for many hours, only to rescue four of all those trapped. Very little is known about what actually happened, as the only comprehensive book written on the subject was published in 1958. Many years have now passed since the Thetis and her men died, for which no one was held to be ultimately accountable. However, a great deal of unpublished information has come to light in archives throughout the United Kingdom and beyond. After four years of painstaking research Thetis; The Slow Death of a Submarine explores in minute detail a more rounded picture of what really happened before, during and after her tragic loss. In doing so Tony Booth's book also takes a fresh look at culpability and explores some of the alleged conspiracy theories that surrounded her demise. The result is the first definitive account what happened to HMS Thetis - and her men - a fitting tribute, as the seventieth anniversary of her loss will be on 1 June 2009. AUTHOR: Tony Booth served in the Merchant Navy before studying journalism at Sheffield College. He worked freelance for numerous publications across the world. He is the author of Cox's Navy (2005) and Admiralty Salvage in Peace and War (2007). The idea for this book came when researching his earlier works. He lives in Guernsey. 32 b/w illustrations
Format: Paperback
Pages: 240
Illustration: B&W THROUGHOUT
Availability: In Stock, usually dispatched same day
Publisher: PEN & SWORD BOOKS LTD
Publication date: 19/02/2020
Country of publication: UNITED KINGDOM
Weight: 440 g
Dimensions: 234.00mm X 156.00mm
Code: 57810