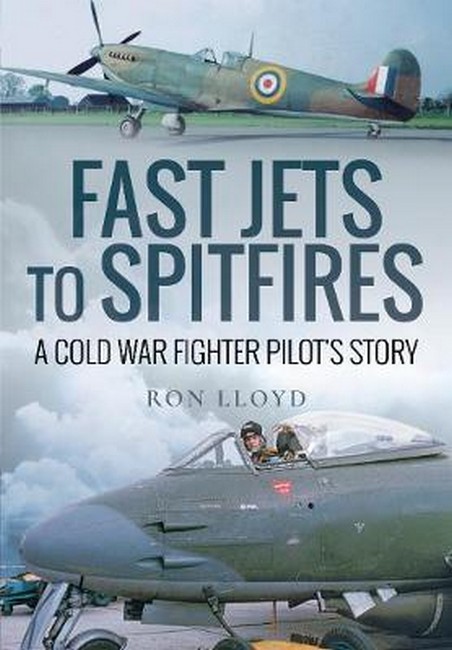 A Cold War Fighter Pilot's Story by Lloyd, Ron Code: 58975 Format: Hardback / 224 pages Publication date: 19/12/2020 Availability: Available to special order. Please contact us for updated price and availability. Price: AU $69.99
How often have you glanced skywards at the sound of a passing aircraft and wondered what it would be like to fly one of those gleaming metal machines? Or admired the skill and the daring of the fighter pilot swooping down upon his enemy in the awe-inspiring, unrivalled elegance of a Spitfire? Ron Lloyd has had the experience of flying the majestic propeller-driven aircraft of the Second World War as well as the roaring, sound-barrier-breaking jets of the Cold War - and in this exciting book, he places the reader in the cockpit, describing what it really feels like to be sitting at the controls of a fighter aircraft. Ron Lloyd joined the RAF after the Second World War. During his early service he was selected to be one of the pilots to fly the wartime aircraft in the famous feature film The Battle of Britain, being fortunate to fly a Spitfire and even a Messerschmitt Bf 109 during the six weeks of filming. His role with the RAF, on the other hand, saw him on the front line in the Cold War, piloting de Havilland Vampires, Hawker Hunters, Gloster Javelins, Lightnings and Phantoms. He also served on exchange in the USA where he flew Convair F-102s, Convair F-106s and Lockheed T-33s. Ron wanted to share the thrills and the dangers of flying such aircraft with those who have not had such privileges - as well as relive such moments with those who have. Packed with unique photographs of the golden age of British military aviation, Fast Jets to Spitfires brings the recent past back to life and allows readers to experience, through Ron Lloyd's graphic accounts, the pure joy of being airborne, alone and in control of the great flying machines that have helped forge this nation's history. AUTHOR: Having been evacuated during the Second World War as a young child, Ron Lloyd was educated at Wandsworth Grammar School in London under the guidance of superb, inspiring school masters who enabled him to qualify for Cranwell entry. During his subsequent RAF career, he has lived in Cyprus, Scotland, Wales, Texas, Canberra, and, latterly, Oxford. A contributor to Aeroplane Monthly and Flugzeug, Ron wed at the age of 23 and is still happily married to Anne. 100 colour illustrations
Format: Hardback
Pages: 224
Illustration: COLOUR SECTION(S)
Availability: Available to special order. Please contact us for updated price and availability.
Publisher: PEN & SWORD BOOKS LTD
Publication date: 19/12/2020
Country of publication: UNITED KINGDOM
Weight: 0 g
Dimensions: 246.00mm X 172.00mm
Code: 58975