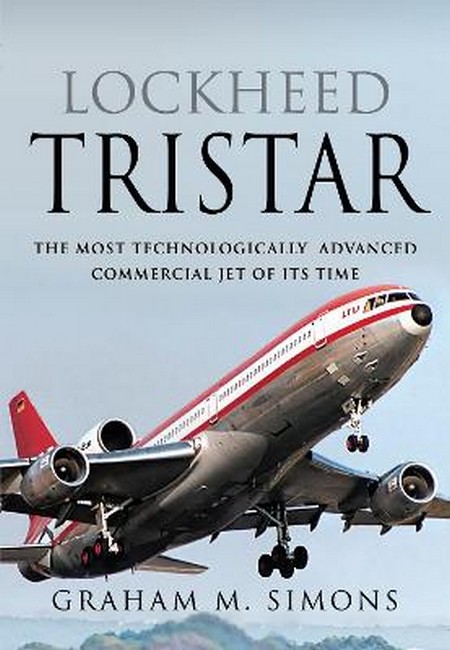 In April 1972, after six gruelling years of design and development, the then Lockheed California Company (now Lockheed Martin) delivered the most technologically advanced commercial jet of its era, the L-1011 TriStar, to its first client, Eastern Airlines. To mark the moment, Lockheed decided to make an impressive statement about the capabilities of its new medium-to-long-range, wide-body trijet airliner. It did so in spectacular fashion. Overseen by two test pilots, a total of 115 crew members, VIPs, Lockheed employees, and selected reporters boarded a TriStar at Lockheeds Palmdale plant in California. The subsequent 4-hour, 13-minute flight to Washington Dulles Airport was achieved with virtually no input from the two pilots in the cockpit, the TriStars Automatic Flight Control System being engaged from takeoff roll to landing. It was, Lockheed proudly claimed, the first cross-country flight without the need for human hands on the controls. As Lockheed themselves note, in a similar fashion to other iconic passenger airliners before it, the L-1011 had faced daunting challenges on the way to its inaugural flight. Divergent needs from competing airlines led to design challenges. Financial difficulties ravaged its engines manufacturer, Rolls-Royce, whilst a recession, fuelled by the worlds first oil crisis, lessened the demand for commercial airliners. Lockheed, though, battled through these challenges, which even included international allegations of bribery, with the result that the TriStar, famed for its large, curved nose, low-set wings, and graceful swept tail, remained in production until 1984, by when 250 examples had been built. The toll on Lockheed, however, was too great and after the TriStar it withdrew from the commercial aircraft business. In this revealing insight into the L-1011, the renowned aviation historian Graham M. Simons reveals the full story of this airliners design, development and service over the decades since 1970. AUTHOR: Graham M. Simons is a highly regarded Aviation historian with extensive contacts within the field. He is the author of Mosquito: The Original Multi-Role Combat Aircraft (2011), B-17 The Fifteen Ton Flying Fortress (2011), and Valkyrie: The North American XB-70 (also 2011), all published by Pen and Sword Books. He lives near Peterborough. 175 colour illustrations

GRAHAM M. SIMONS was one of the founders of the world-famous aviation museum at Duxford near Cambridge where his interest was piqued watching the making of the film Battle of Britain there in the late 1960s. From this, and with an engineering background, he progressed to membership of a number of aviation societies, including sitting on the British Aviation Preservation Council, eventually taking the position of Engineering Director with one group. Graham combines his love of writing with his skills in production to create and publish aviation histories focused on a variety of subjects.