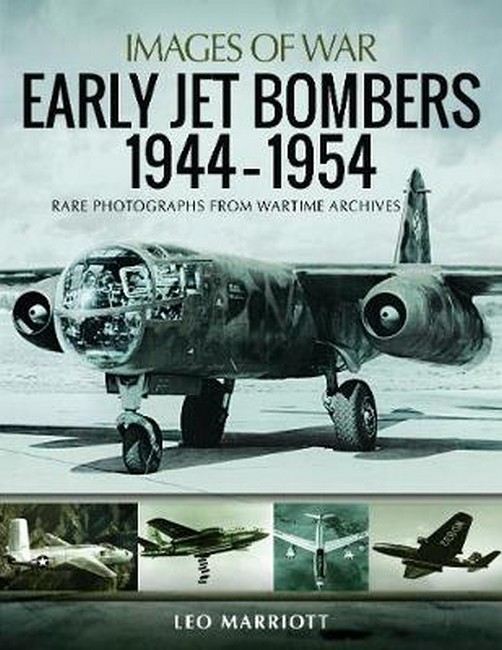 Rare Photographs from Wartime Archives by Marriott, Leo Code: 57791 Format: Paperback Publication date: 23/10/2019 Availability: Available. Usually dispatched 1-2 business days Price: AU $44.99
In a companion volume to his Early Jet Fighters: British and American 1944-1954, Leo Marriott describes, using over 200 archive photographs, the first decade in the development of the jet bomber. This was a time of intense technical innovation which transformed the design and capabilities of the bomber and gave birth to a range of classic military aircraft in the USA, Great Britain, France and the Soviet Union. The photographs take the story from the earliest jet bombers constructed in Germany towards the end of the Second World War to the successful designs both sides depended on through the first phase of the Cold War. The pace of development was rapid and remarkable, from initial prototypes built in Germany - the Arado 234 and the Junkers Ju. 287 - to the fleets of advanced jet bombers like the British Canberra and V-bombers, the American B-47 and B-52 and the Soviet Il-28 Beagle and Tu-16 Badger. The images of the prototypes give a fascinating insight into the extraordinary technical challenges and the ambition and inventiveness of the designers and manufacturers who overcame them. Leo Marriott's vivid selection of photographs and his lucid historical narrative offer the reader an overview of a dynamic stage in the evolution of the design of military aircraft. AUTHOR: Leo Marriott has written numerous books on aviation, naval and military subjects including Treaty Cruisers, Catapult Aircraft, Jets at Sea and Early Jet Fighters: British and American 1944-1954. He is now retired after a fifty-year career as an air traffic controller but still maintains his pilot's licence flying a syndicate-owned Cessna 172. Apart from aviation and naval history, his other interests include sailing, photography and painting. 200 b/w illustrations
Format: Paperback
Illustration: B&W THROUGHOUT
Availability: Available. Usually dispatched 1-2 business days
Publisher: PEN & SWORD BOOKS LTD
Publication date: 23/10/2019
Country of publication: UNITED KINGDOM
Weight: 0 g
Dimensions: 246mm X 189mm
Code: 57791