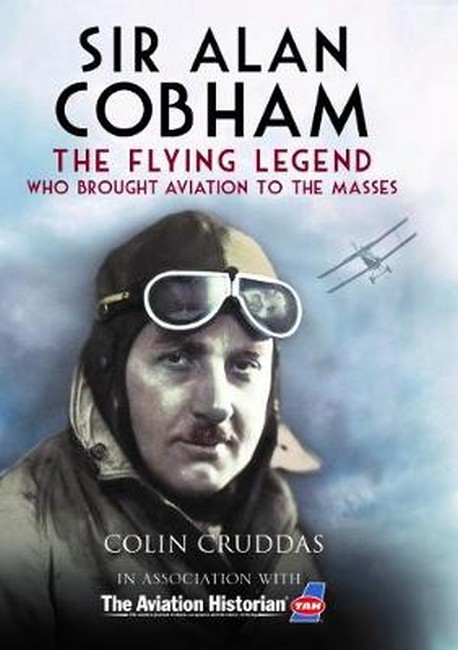 The Flying Legend Who Brought Aviation to the Masses by Cruddas, Colin Code: 55486 Format: Hardback / 304 pages Publication date: 14/12/2018 Availability: Available. Usually dispatched 1-2 business days Price: AU $65.99
Flying in the years between the two world wars was the preserve of the powerful and the wealthy, or so it was until Sir Alan Cobham's 'Flying Circus' began to tour Britain. A former pilot with the Royal Flying Corps in the First World War, Alan Cobham continued to fly, establishing air routes to the Empire countries. He also involved himself in aerial photography and survey work, undertook charter flights and pioneered the 'Air to Air' refuelling technique still in use today. Yet it was his National Aviation Day displays for which Sir Alan Cobham's name is best remembered. Affectionally known as 'Cobham's Flying Circus', his team of up to fourteen aircraft toured the United Kingdom, visiting hundreds of municipal locations, allowing 'ordinary' people to have their first taste of flying. So extensively did Cobham travel with his displays, and so popular did they become, that after war broke out in 1939, some 75 per cent of Britain's young men volunteering for aircrew duties claimed that their first experience of flying had been with 'the Circus'. Sir Alan's name still lives on in the aviation world. The creation of Flight Refuelling Limited in 1934 eventually led to the formation of what is today a major international aerospace and defence organisation-Cobham PLC.
Format: Hardback
Pages: 304
Illustration: B&W THROUGHOUT
Availability: Available. Usually dispatched 1-2 business days
Publisher: PEN & SWORD BOOKS LTD
Publication date: 14/12/2018
Country of publication: UNITED KINGDOM
Weight: 0 g
Dimensions: 234mm X 156mm
Code: 55486