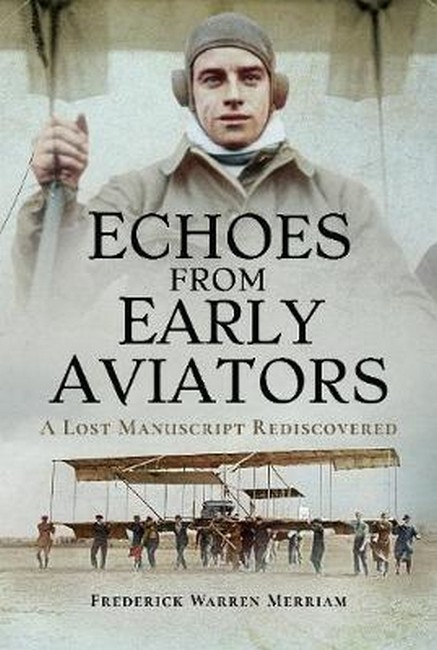 A Lost Manuscript Rediscovered by Merriam, Frederick Warren Code: 50363 Format: Hardback Publication date: 01/12/2020 Availability: Future Publication. Pre-order now. Due date: December 2020 Price: AU $52.99
No one could doubt that Frederick Warren Merriam was one of the earliest and most important of Britain s aviation pioneers. Indeed, he taught many of the others to fly; men such as Air Chief Marshal Sir Philip Joubert de la Ferte, Air Commodore P.F.M. Fellowes (who led the aerial Houston Everest Expedition), and Sub-Lieutenant R.A.J. Warneford VC, the first pilot to shoot down a Zeppelin. In his later years, Merriam decided that he wanted to compile a book that presented a more personal and intimate picture than has yet been produced by aviation history writers of the civil pioneers of British flying . It was no simple task. Some two years ago, Merriam continued, I conceived an idea and set to work most energetically to hunt up all the survivors of those wonderful days, to ask them if they would each contribute a story of a personal nature, something that had never before been published. It was a tall order and admittedly my hopes were not too high of finding sufficient material of the sort to fill a book. A tireless search ensued for more than a year. Many obstacles and disappointments assailed me. Of some oldtimers no trace could be found, others had passed on and one or two were too tired to trouble. However, after a little gentle persuasion [many] made the effort. The remarkable collection of stories that Merriam gathered together was never published, his death in 1956 curtailing the project. For more than sixty years the manuscript lay hidden away, all but forgotten, until it was rediscovered in 2013.
Format: Hardback
Illustration: B&W THROUGHOUT
Availability: Future Publication. Pre-order now. Due date: December 2020
Publisher: PEN & SWORD BOOKS LTD
Publication date: 01/12/2020
Country of publication: UNITED KINGDOM
Weight: 0 g
Dimensions: 234mm X 156mm
Code: 50363