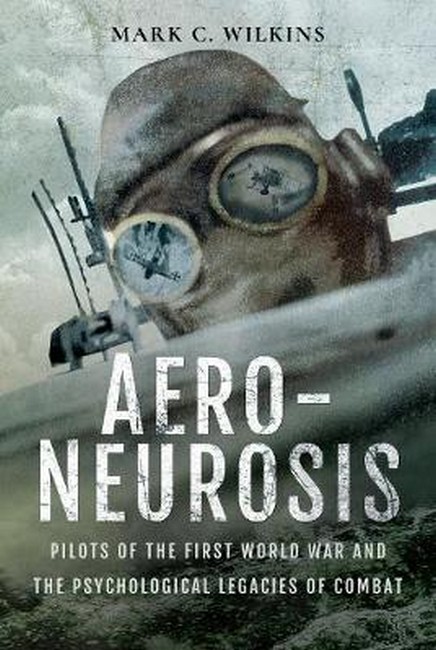 Pilots of the First World War and the Psychological Legacies of Combat by C, Wilkins, Mark Code: 56025 Format: Hardback / 256 pages Publication date: 19/10/2019 Availability: Available. Usually dispatched from UK 1-2 business days Price: AU $50.93
The young men who flew and fought during the First World War had no idea what was awaiting them. The rise of science and nationalism during the late 19th and early 20th centuries came to a head in 1914\. The 'technology shock' that coalesced at the Western Front was not envisaged by any of the leadership. These men did the best they could and gave their full measure but it wasn't enough. Each suffered from their experiences, some better than others. Each knew it was a defining moment in their lives never to be repeated. And many felt that the dynamic context of aerial combat was something that, after the war, they still longed for, despite the attendant horrors. The medical and psychiatric profession evolved symbiotically with the war. Like the patients they were charged with treating, doctors were unprepared for what awaited them. Doctors argued over best practice for treatment. Of course, the military wanted these men to return to duty as quickly as possible; with mounting casualties, each country needed every man. Aviation psychiatry arose as a new subset of the field, attempting to treat psychological symptoms previously unseen in combatants. The unique conditions of combat flying produced a whole new type of neurosis. Terms such as Aero-neurosis were coined to provide the necessary label yet, like shell shock, they were inadequate when it came to describing the full and complete shock to the psyche. We are fortunate that many of these fliers chose to write. They kept diaries and letters about their experiences after the war and they are, of course, an invaluable record. But perhaps more importantly, they were also a means for many of them to heal. Mark C. Wilkins finds the psychology undergirding historical events fascinating and of chief interest to him as an historian. He has included expert medical testimony and excerpts where relevant in a fascinating book that explores the legacies of aerial combat, illustrating the ways in which pilots had to amalgamate their suffering and experiences into their post-war lives. Their attempts to do so can perhaps be seen as an extension of their heroism.
Format: Hardback
Pages: 256
Illustration: B&W THROUGHOUT
Availability: Available. Usually dispatched from UK 1-2 business days
Publisher: PEN & SWORD BOOKS LTD
Publication date: 19/10/2019
Country of publication: UNITED KINGDOM
Weight: 0 g
Dimensions: 234mm X 156mm
Code: 56025