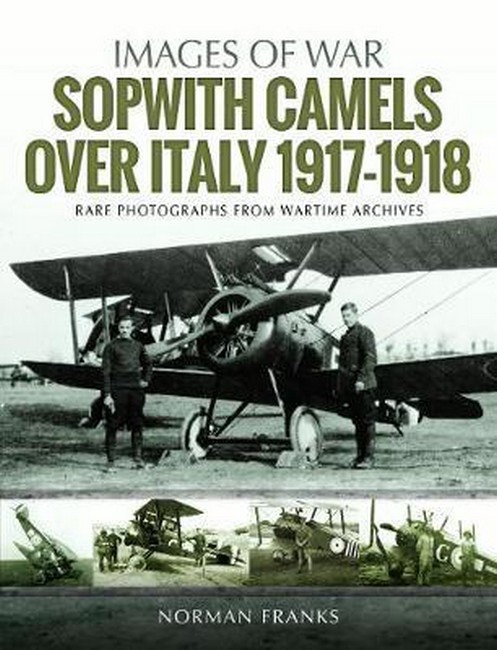 Images of War by Franks, Norman Code: 51583 Format: Paperback / 144 pages Publication date: 30/07/2018 Availability: Available. Usually dispatched 1-2 business days Price: AU $39.99
During the First World War, Italy was on the side of their British Allies and their fight was against the Austro-Hungarian Empire, bordering on Austria. In October 1917, the Austro-Hungarians managed to push the Italians back during the battle of Caporetto. With the danger signs obvious, both Britain and France sent reinforcements. Britain s Royal Flying Corps sent three squadrons of Sopwith Camel fighters, plus one RE8 reconnaissance squadron, and these Camel squadrons fought gallantly over the plains and mountainous regions of north-east Italy, sharing the air battle with aircraft of the Italian Air Force. Despite the difference in landscape between France and Italy, the Camel pilots employed the same air-fighting tactics and assisted in ground support missions that proved just as destructive in Italy as they had in France. Accompanied by a large selection of photographs of the men and the machines that saw action in this conflict, this book is a welcome addition to Pen and Sword s Images of War series.
Format: Paperback
Pages: 144
Illustration: B&W THROUGHOUT
Availability: Available. Usually dispatched 1-2 business days
Publisher: PEN & SWORD BOOKS LTD
Publication date: 30/07/2018
Country of publication: UNITED KINGDOM
Weight: 360 g
Dimensions: 246mm X 189mm
Code: 51583