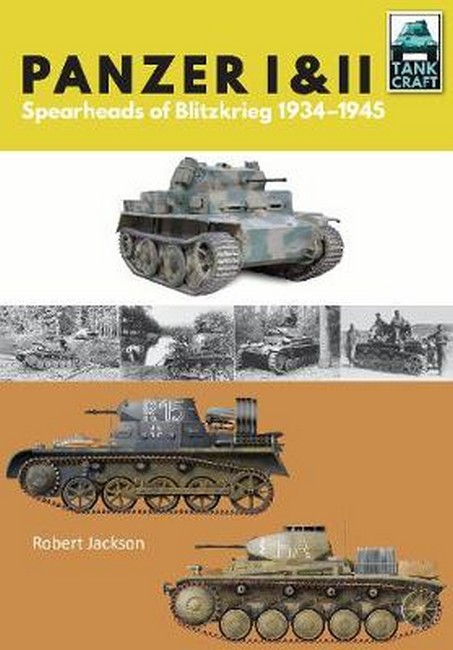 Panzer I and II

The Panzer I and II played a significant part in the blitzkrieg campaigns that brought Germany such extraordinary success in the early years of the Second World War, and this highly illustrated volume in the TankCraft series is the ideal introduction to them. The Treaty of Versailles forbade Germany to manufacture tanks so the Panzer I had to be developed in strict secrecy, but by the time of the invasion of Poland the Wehrmacht had over 1400 of these light tanks. The Panzer II was an interim design, bridging the gap between the Panzer I and subsequent, far more viable armoured fighting vehicles like the Panzer III and IV. As well as tracing the history of the Panzer I and II, Robert Jacksons book is an excellent source of reference for the modeller, providing details of available kits, together with artworks showing the colour schemes applied to these tanks. Each section of the book is supported by a wealth of wartime photographs as well as diagrams showing the technical changes that were made to these tanks in the course of their careers.