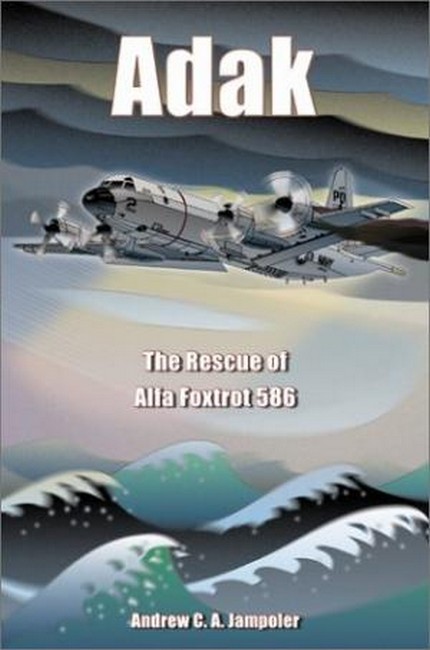 The Rescue of Alfa Foxtrot 586 by Jampoler, Andrew C A Code: 40194 Format: CD-Audio / 600 mins Publication date: 12/07/2016 Availability: Please contact us for availability Price: AU $15.70
In the tradition of great tales of men against the sea, this story offers a compelling look at courage and commitment in the face of certain tragedy. It is a powerful blend of human drama and real-life naval operations, but unlike most books in the genre, its heroes are airmen not seamen, and most survived their ordeal. Published on the twentieth-fifth anniversary of Alfa Foxtrot 586's fatal mission as a tribute to those lost, the account was written by a naval aviator who has flown the same aircraft on the same mission from the same air base. The aircraft is a P-3 Orion on station during a sensitive mission off the Kamchatka Peninsula in the north Pacific. The time is mid-day on 26 October 1978. Andy Jampoler takes listeners into the cockpit of the turboprop as a propeller malfunction turns into an engine fire, eventually forcing Jerry Grigsby to ditch his patrol plane into the empty, mountainous seas west of the Aleutian Islands. His fourteen crewmembers, strapped in their seats, expect the worst and get it. The aircraft goes down in just ninety seconds, taking one of the three rafts with it. A second raft, terribly overcrowded, soon begins to leak. The flight crew's desperate battle to survive is told with the authority, drama, and sensitivity that only someone with the author's background could provide. He draws on interviews with survivors, searchers, and even the master of the Soviet fishing trawler that saved the living and recovered the bodies of the dead. He also draws on recordings of radio communications, messages in the files of the state and defense departments, and the patrol squadron's own investigation of the ditching. Everyone who likes survival epics and enjoys reading sea and air adventures will be entertained by this engrossing true story."
Format: CD-Audio
Availability: Please contact us for availability
Publisher: THE LYONS PRESS
Publication date: 12/07/2016
Country of publication: UNITED STATES
Weight: 0 g
Dimensions: 171.00mm X 133.00mm
Code: 40194