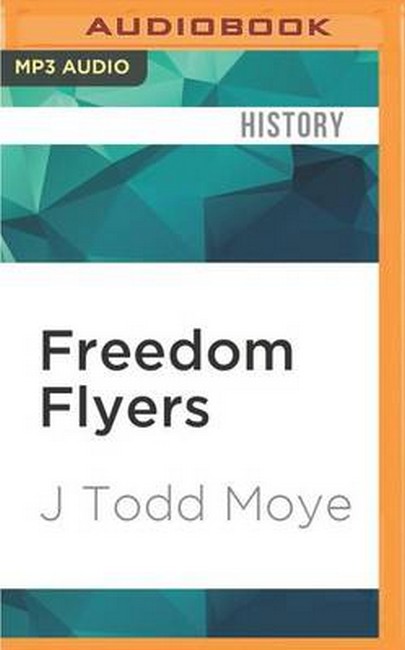 The Tuskegee Airmen of World War II by Moye, J Todd Code: 40184 Format: CD-Audio / 540 mins Publication date: 10/05/2016 Availability: Please contact us for availability Price: AU $15.70
In this inspiring account of the Tuskegee Airmen the country's first African American military pilots historian J. Todd Moye captures the challenges and triumphs of these brave aviators in their own words, drawing on more than 800 interviews recorded for the National Park Service's Tuskegee Airmen Oral History Project. Denied the right to fully participate in the U.S. war effort alongside whites at the beginning of World War II, African Americans spurred on by black newspapers and civil rights organizations such as the NAACP compelled the prestigious Army Air Corps to open its training programs to black pilots, despite the objections of its top generals. Thousands of young men came from every part of the country to Tuskegee, Alabama, in the heart of the segregated South, to enter the program, which expanded in 1943 to train multi-engine bomber pilots in addition to fighter pilots. By the end of the war, Tuskegee Airfield had become a small city populated by black mechanics, parachute packers, doctors, and nurses. Together, they helped prove that racial segregation of the fighting forces was so inefficient as to be counterproductive to the nation's defense. "Freedom Flyers" brings to life the legacy of a determined, visionary cadre of African American airmen who proved their capabilities and patriotism beyond question, transformed the armed forces formerly the nation's most racially polarized institution and jump-started the modern struggle for racial equality. "
Format: CD-Audio
Availability: Please contact us for availability
Publisher: THE LYONS PRESS
Publication date: 10/05/2016
Country of publication: UNITED STATES
Weight: 0 g
Dimensions: 171.00mm X 133.00mm
Code: 40184