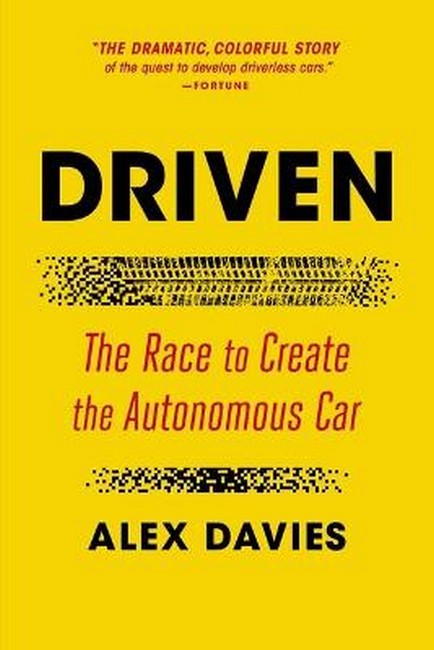 The Race to Create the Autonomous Car by Davies, Alex Code: 61301 Format: Paperback / 304 pages Publication date: 18/02/2022 Availability: Pre Order. Release date: February 2022 Price: AU $34.95
Alex Davies tells the "illuminating and important narrative" (Steven Levy, author of Facebook: The Inside Story) of the quest to develop driverless cars--and the fierce competition between Google, Uber, and other companies in a race to revolutionize our lives. The self-driving car has been one of the most vaunted technological breakthroughs of recent years. But early promises that these autonomous vehicles would soon be on the roads have proven premature. Alex Davies follows the twists and turns of the story from its origins to today. The story starts with the Defense Advanced Research Projects Agency (DARPA), which was charged with developing a land-based equivalent to the drone, a vehicle that could operate in war zones without risking human lives. DARPA issued a series of three "Grand Challenges" that attracted visionaries, many of them students and amateurs, who took the technology from Jetsons-style fantasy to near-reality. The young stars of the Challenges soon connected with Silicon Valley giants Google and Uber, intent on delivering a new way of driving to the civilian world. Soon the automakers joined the quest, some on their own, others in partnership with the tech titans. But as road testing progressed, it became clear that the challenges of driving a car without human assistance were more formidable than anticipated. Davies profiles the industry's key players from the early enthusiasm of the DARPA days to their growing awareness that while this spin on artificial intelligence isn't yet ready for rush-hour traffic, driverless cars are poised to remake how the world moves. Driven explores "the epic tale of competition and comradery, long odds and underdogs, all in service of a world-changing moonshot" (Andy Greenberg, author of Sandworm: A New Era of Cyberwar).
Format: Paperback
Pages: 304
Illustration: B&W THROUGHOUT
Availability: Pre Order. Release date: February 2022
Publisher: SIMON & SCHUSTER LTD
Publication date: 18/02/2022
Country of publication: UNITED STATES
Weight: 0 g
Dimensions: 213.00mm X 140.00mm
Code: 61301