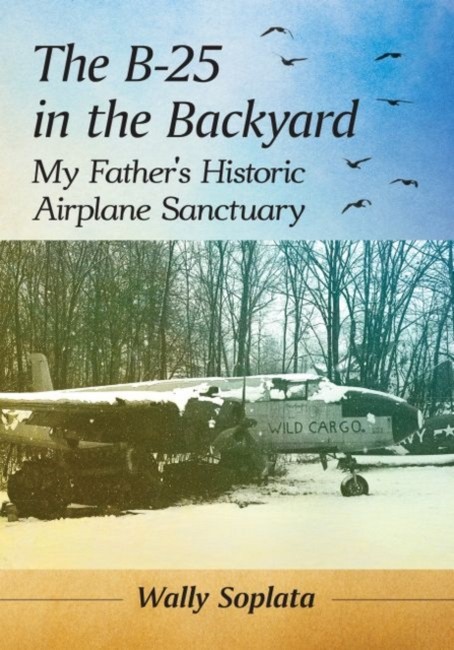 The B-25 in the Backyard

Only in America could Walter A. Soplata, the son of penniless Czech immigrants, accomplish so much by single-handedly saving historic aircraft from World War II and other periods. After a childhood spent dreaming about having his own airfield, Soplata worked in scrapyards taking apart hundreds of WWII aircraft.

Shocked to see rare or unusual pieces on their way to the recycling furnace rather than a museum, Soplata began collecting, saving and restoring whatever he could afford. Walter eventually collected nearly 20 complete aircraft and countless pieces of others, and one of his Corsair fighter planes included the experimental F2G Corsair #74 that won the Cleveland National Air Races in 1947. Among the other priceless aircraft he rescued was an experimental XP-82 Twin Mustang, an F-82E Twin Mustang, an X-prototype Skyraider, a stainless steel BT-12 and an F7U Cutlass jet fighter plane.

Once, in an extreme case of doing whatever it took, Soplatas limited income necessitated him hauling the Cutlass fuselage by stuffing it inside a junked school bus for its 600-mile journey home. The story of a workaholic father and his aviation obsessed son, this book records the accomplishments of a rare and unique bird, just like the many airplanes he saved.