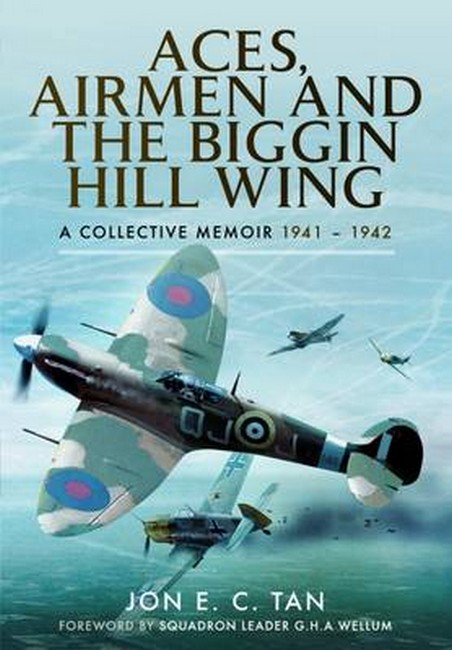 A Collective Memoir 1941 - 1942 by Tan, Jon Code: 47226 Format: Hardback / 250 pages Publication date: 02/11/2016 Availability: Available. Usually dispatched 1-2 business days Price: AU $75.00
During the Second World War, RAF Biggin Hill was one of Fighter Command's premier stations. Throughout the Battle of Britain and beyond, it became a hotbed of talent and expertise, home to many of the Command's most notable and successful squadrons. Both on the ground and in the air, Biggin Hill had a formidable reputation and its prowess was very much built on a partnership between air and ground personnel, including squadron members, specialist engineers, armourers and other ground-crew. This fascinating new book from Jon Tan offers a rich account of the years 1941-1942, an incredibly varied and eventful period in Biggin's story.The author's late grandfather, David Raymond Davies, was assigned to a specialist armourers' team at Biggin Hill and his grandson's narrative serves as a tribute to a particularly fascinating RAF career. Told from Davies' firsthand viewpoint and taking a ground-crew member's perspective, no other history has been published that examines day-to-day operations at Biggin Hill in this way.Drawing on many sources, including original interviews with veterans, the narrative foregrounds Davies' story, using it as the backbone for Tan's broader historical record of the operations of Biggin's Spitfire squadrons. It thus establishes a collective memoir, taking in accounts by such notable pilots as Don Kingaby, Jamie Rankin, Brian Kingcome, Walter 'Johnnie' Johnston, Dickie Milne and Raymond Duke-Woolley, all of whom had close associations with Davies in his capacity as a specialist armourer. Reading the manuscript, Squadron Leader 'Johnnie' Johnston told the author 'I read it often; it sits here on the table next to me. It's the closest to how I remember it'.Far from being a dry account of daily operations, this narrative seeks to engage the reader emotionally. Bringing together a considerable amount of evidence and oral history, it tells the story of one twenty-one year old and his comrades, thrown into the howling gale of the Second World War and the intensity of the conflict as experienced by front-line RAF personnel.
Format: Hardback
Pages: 250
Availability: Available. Usually dispatched 1-2 business days
Publisher: PEN & SWORD BOOKS LTD
Publication date: 02/11/2016
Country of publication: UNITED KINGDOM
Weight: 0 g
Dimensions: 234mm X 156mm
Code: 47226