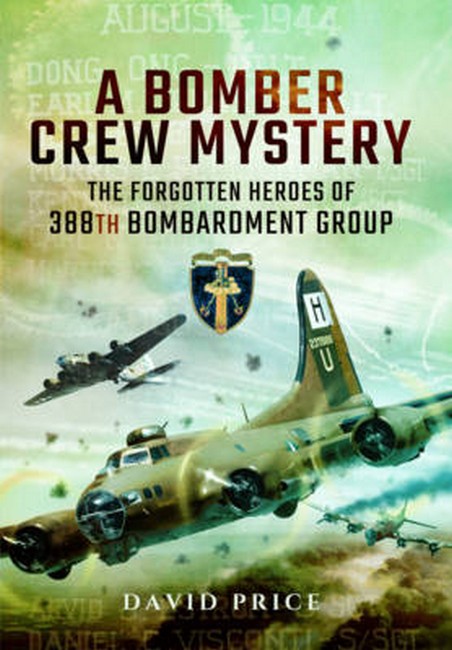 The Forgotten Heroes of 388th Bombardment Group by Price, David Code: 40141 Format: Hardback / 256 pages Publication date: 30/06/2016 Availability: Available. Usually dispatched 1-2 business days Price: AU $75.00
After having discovered a discarded trophy in an Edinburgh antiques shop, author David Price endeavoured to uncover the stories of the men whose names had been engraved upon it. Praised as 'Outstanding Crew of the Month', the members of 388th Bombardment Group set out on their very first mission on D-Day. This baptism of fire heralded the start of an illustrious career; in the period between August-September 1944, they took part in over 30 missions. And yet the details of their endeavours have largely been forgotten. Having become disconnected from its previous owners and therefore its history, David Price has made it his mission to retrieve this relic from obscurity and to provide it with a platform upon which it can be appreciated widely. The history of 388th Bombardment Group's service is told in great detail by Price, who has actively sought out each member of the Group, together with surviving family members, in an effort to glean more information about their war and to reunite them with the trophy that they won in the midst of it. The resulting book serves as a poignant and evocative tribute to the Group, as well as to the wider allied effort during the Second World War.
Format: Hardback
Pages: 256
Illustration: B&W THROUGHOUT
Availability: Available. Usually dispatched 1-2 business days
Publisher: PEN & SWORD BOOKS LTD
Publication date: 30/06/2016
Country of publication: UNITED KINGDOM
Weight: 0 g
Dimensions: 234.00mm X 156.00mm
Code: 40141