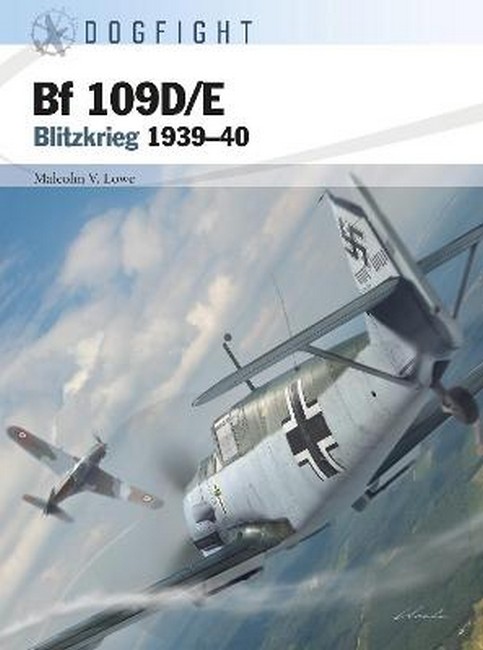 Using first-hand accounts and brand-new artwork, this book brings to life the realities of flying the Bf 109 in combat during the very first battles of World War II. The Bf 109 was one of the principal fighter aircraft types in the Luftwaffes inventory during the opening months of World War II and it was central to many of Germanys early victories, before coming up against the unbeatable RAF during the Battle of Britain. This book presents first-hand experiences of the pilots who flew the Bf 109E, the aircraft which first featured a Daimler-Benz DB 601 powerplant, and which was in the front line in the skies over Poland, the Low Countries and France, and the older Bf 109D, still in use in the Polish campaign. The early variants of the Messerschmitt fighter, the Bf 109E-1, Bf 109E-2 and Bf 109E-3, swept all before them during the opening wartime campaigns, their successes only fading at the Battle of France, when the Bf 109s seasoned pilots encountered modern and well-flown RAF and Armee de lAir fighters. In a rigorous and engaging new analysis, Luftwaffe aviation expert Malcolm V. Lowe examines and assesses the Bf 109 as a fighting machine from the perspective of the Luftwaffe at the forefront of the German blitzkrieg. Contemporary photographs and specially commissioned artwork, including a dramatic battlescene, armament views, technical diagrams and ribbon diagrams illustrating step-by-step each battle tactic of the main dogfights explored in the book, bring the experiences of the Bf 109 pilots vividly to life.

Contents: (Subject to Confirmation) Chapter 1 In Battle Two case studies of aerial combat in the opening phases of World War II, these being the initial actions over Poland and the start of the Battle of France Chapter 2 Setting the Scene Design, development, production, early actions, the Polish campaign explained leading to detailed analysis of the Bf 109Es participation in the Battle of France against French and British aerial opposition Chapter 3 Path to Combat Charting the careers of two Luftwaffe pilots who flew the Bf 109E in combat during the opening phases of World War 2, including Johannes Hannes Trautloft who the author has studied in depth Chapter 4 Weapon of war A brief technical appraisal of the Bf 109E-1 and E-3, detailing their development and the weaponry they employed Chapter 5 Art of War Tactics for Bf 109E units at the start of World War II were in their infancy, and drew on combat experience during the Spanish Civil War and the actions of the Legion Condor. This chapter will look for example at the employment of the revolutionary finger four combat formation, and how it revolutionised fighter combat to the point where all other air arms eventually adopted it as a standard offensive formation. The Split S manoeuvre and the evolution of the Rotte and Schwarm tactical formations will also be explained. Chapter 6 Combat In this chapter, Bf 109E pilots explain what it was like fly the Emil in combat against the widely differing opposition that was encountered in the opening months of World War 2, from such obsolete, but highly agile, types as the Polish PZL P.11 to the French Morane-Saulnier MS.406 and British Hawker Hurricane fighters that had comparable performance to the Emil. Appendices Listing of early Bf 109E units, aces and performance data Index

Malcolm V. Lowe is a writer and historian specialised on Luftwaffe, RAF and USAAF air operations between 1939-45 over northwest Europe. He has written articles for magazines including Aeroplane Monthly, Aviation News and FlyPast. Malcolms books have been critically acclaimed for their research and published in German, French, Czech, Chinese and Arabic. The illustrators for this volume are Gareth Hector (cover and battlescene), Jim Laurier (armament views) and Tim Brown (technical and ribbon diagrams).